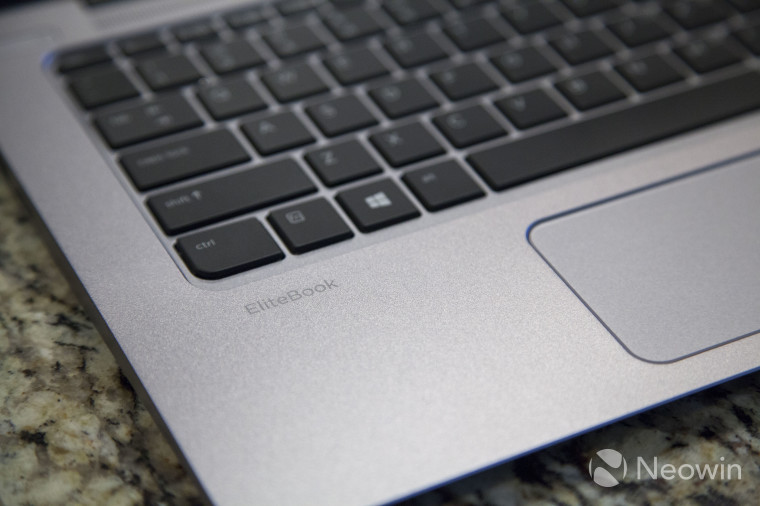 I came away impressed with the HP EliteBook Folio 1020 when I reviewed it a few weeks ago. It comes in a nice form factor, and while it lacks a "wow" factor, it's very practical and offers good performance for normal day-to-day productivity tools. With the release of Windows 10, I wanted to see if the Ultrabook would still stand its ground, or if there were any serious issues with the migration.

First, it took Microsoft awhile to actually offer me the free upgrade. While I could've done it via the manual process, for this test I preferred to wait for the official upgrade path. After a couple of weeks, Windows 10 was finally pushed down to the laptop and I was ready to upgrade.

The process itself was straight forward and didn't take very long to complete. Once upgraded, I was happy to see that everything seemed to work fine: Sliding my finger across the fingerprint sensor immediately logged me in, and the ForcePad worked just as well as before the upgrade.

It was then time for the real test: How does the benchmark performance of Windows 10 on the HP EliteBook 1020 compare to that of Windows 8.1? So I fired up 3dMark to test gaming performance. 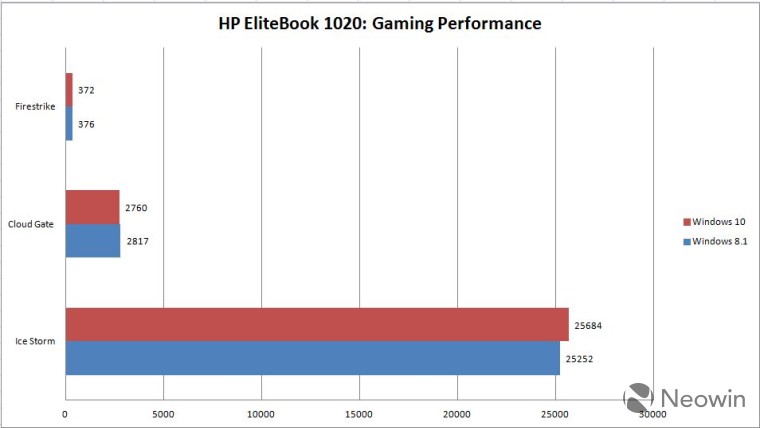 I was expecting performance between the two operating systems to be similar, mainly because the video card is the main driver towards gaming performance, and my expectation proved to be correct. While Ice Storm provided slightly better performance (25,684 vs. 25,252), performance was actually slightly lower on Cloud Gate (2,760 vs 2,817) and Firestrike (372 vs. 376). Since the EliteBook 1020 isn't meant to be a gaming machine, the slight boost on Ice Storm is welcome, whereas you probably won't be playing FarCry 4 on either operating system. 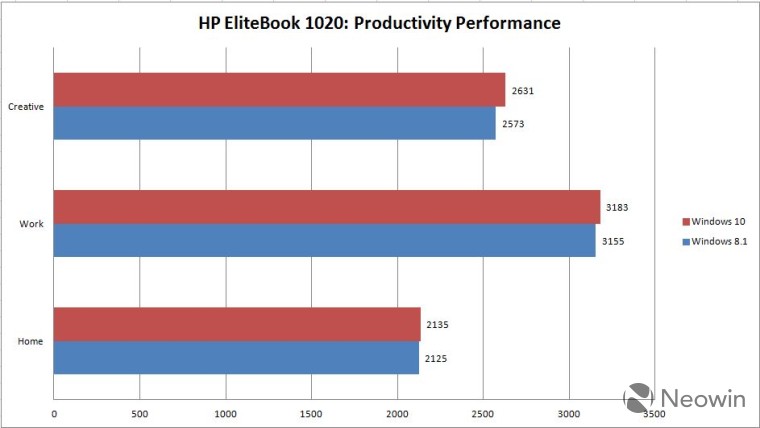 Since this is a productivity machine, I ran through the standard PCMark tests to see if there was any difference between the two operating systems. Here, the results were consistently higher on Windows 10 compared to Windows 8.1, although the numbers are so close that there will be no perceptible difference in the real world. Curiously, the biggest difference came during the Creative test, with the latest version of the operating system coming in at 2,631 compared to 2,573 for Windows 8.1, whereas normal web surfing, word processing, and spreadsheets were almost the same between the two releases.

The biggest takeaway for everyone is that the upgrade to Windows 10 is quick, easy, and painless, and all of the settings on the HP EliteBook 1020 are preserved after the upgrade, including some non-standard peripherals such as the fingerprint reader and the ForcePad. Combine that with the fact that performance is oh-so-slightly increased, and there's little reason to avoid the upgrade if you're running this particular machine.