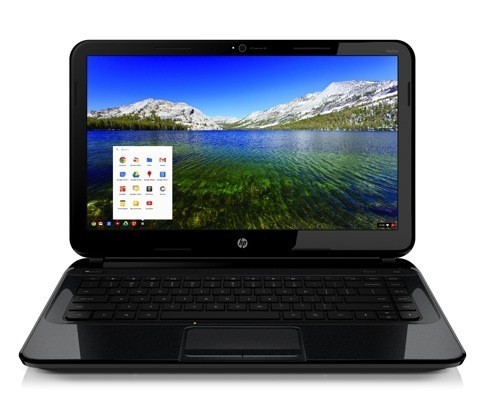 A small leak on HP’s website last week tipped us off that this was coming, and now it’s official. HP has just launched the Pavilion 14 Chromebook, which as the name suggests is a 14-inch Pavilion-badged Chromebook – available today.

At US$330, you’ll get a machine that looks like a Pavilion (and possibly feels like a Pavilion), at only a little more than the lesser (by specification) Samsung and Acer models – as the Pavilion 14 Chromebook features a 1.1GHz Intel Celeron 847 CPU. It’s also sporting 2GB of RAM, a 1366x768 display, which won’t be the sharpest at 14-inches, along with 16GB of inbuilt storage.

If the 16GB storage turns you off, you do get 100GB free Google Drive space for two years. Cloud storage makes a lot of sense on a unit designed to operate in an always-connected world. Unfortunately, with only 4.25 hours battery runtime, you might find that you really do end up always-connected. It’s a problem that many face when using cloud-orientated devices in a world that isn’t quite ready to let all of us unwire, everywhere – but then in an office or a university with campus Wi-Fi, this won't really be an issue.

You can also plug in USB drives, and SD cards to add a little or a lot of extra space. And if you’re into movies or presentations, there’s also HDMI-out.

On an interesting side-note: Now that HP has launched a Chromebook, ASUS and Dell are the only major OEMs that don’t have a Chromebook device. While ASUS Chromebook rumours have been floating around for some time now, but the same can't be said for Dell. Recent Dell-Microsoft rumours may be part of that reason.