When Microsoft unveiled its Surface tablets back in June, many were shocked by the prospect of the company building its own PC hardware, and what this might mean for the OEMs that have traditionally created PCs using Windows operating systems. Since then, it's become clear that Surface isn't a one-off and that Microsoft is now a 'devices and services company', something of a bitter pill for some of Microsoft's hardware partners to swallow.

Acer has perhaps been the most vocal in its opposition to Microsoft's push into building its own devices, but they're not the only ones to have concerns. In an interview with CITEworld by IDG Enterprise, Todd Bradley, HP's executive vice-president for its Printing and Personal Systems Group (which has responsibility for its PC business), had little to say in favour of Microsoft's Surface tablet. 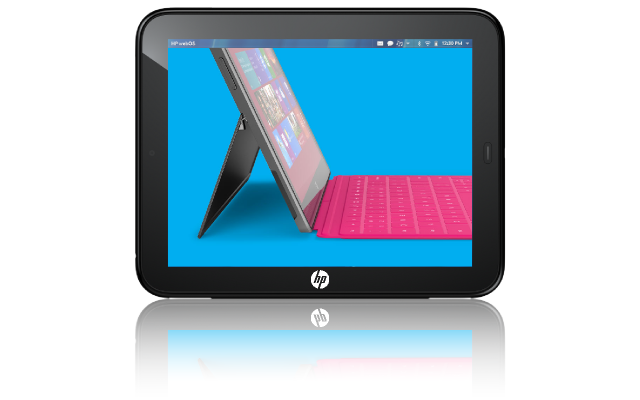 "I'd hardly call Surface competition," he said. Why? "One, very limited distribution. It tends to be slow and a little kludgey as you use it. I just don't think it's competitive. It's expensive. Holistically, the press has made a bigger deal out of Surface than what the world has chosen to believe."

When challenged by the interviewer, who suggested that HP's comments are "not exactly [coming] from a position of strength in tablets", Bradley asserted: "I'm saying that as somebody who understands the consumer market pretty clearly. Obviously, the decision by our board to shut down the webOS business caused us to have a significant delay in our tablets. We're catching up slowly, both with tablets and convertible devices." The company revealed last month that a more rationalised product range, including a varied selection of tablets and hybrids, would be a key part of HP's long-term plans.

Bradley added that he's "not a big [Windows] RT fan", and reaffirmed that HP is "not entering the consumer tablet fray any time soon. We'll be doing something next year, you won't see a consumer tablet from HP before Christmas."