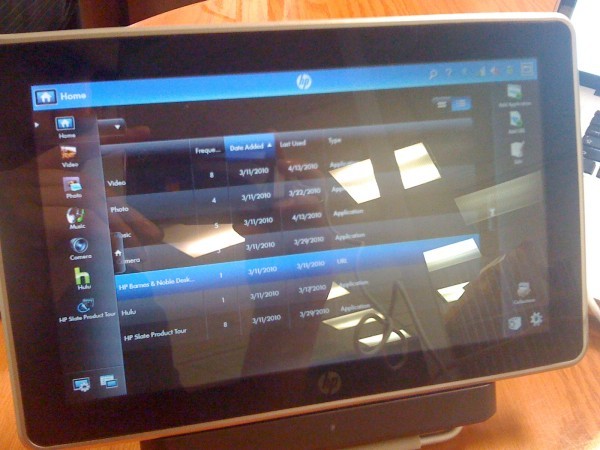 The only other tablet that has managed to even muster up a smidgen of the hype that the iPad received is the HP Slate.  Conecti.ca has gotten its hands on the device and is not in love with the platform.

The slate is essentially a touch screen netbook, this we knew, but until now it had been never been handled outside of HP’s controlled environments.  Conecti.ca, via Engadget, roughly translates that the device is average at best.  Much like a netbook, the device felt slow and frustrating at times.

Little info about how well the TouchSmart skin has been implemented was revealed.  But, if the device is starting to leak out, this probably means that the launch will happen sooner, rather than later.