There’s no shortage of small Windows tablets, but many of them are aimed at the entry level of the market, with specs to match. But for those – including businesses – who are seeking a Windows tablet in a small form factor that doesn’t have a barebones spec sheet, the choice is a bit more limited. 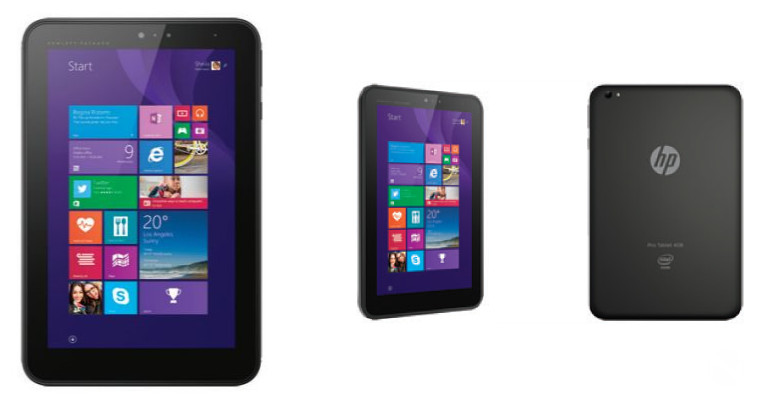 HP is hoping to appeal to these buyers when it launches a new business-focused Windows 8.1 tablet that offers higher specs and a broader list of features than many of the ultra-affordable Windows devices launched in recent months. The Pro Tablet 408 G1 hasn’t yet been officially announced, but a Liliputing reader spotted a datasheet for the new device on HP’s site (PDF).

As the list above shows, the Pro Tablet 408 is offered in various configurations, with different storage options available, as well as the option of pre-installing Windows 8.1 Pro. It also offers features such as Trusted Platform Module (TPM) 2.0 security, and the ability to add a 3G modem.

There are plenty of other small but nice features too, including dual stereo speakers, LED flash for the rear camera, a microHDMI port, and an integrated compass.

The device also offers stylus support via the HP Pro Tablet 408 Active Pen, although this item is listed under ‘Recommended Accessories and Services’, alongside an extended three-year care package, which suggests that the stylus will be an optional extra, rather than being included in the box.

Unfortunately, it’s not clear exactly when HP plans to announce the new Pro Tablet 408 G1, and there’s no hint of pricing information yet either. Still, given what the device has to offer – on paper, at least – it could be worth waiting for.