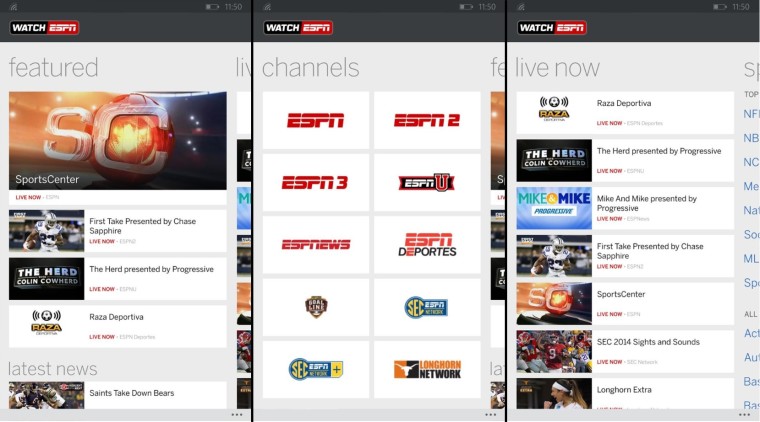 When downloaded, the free mobile app will enable Windows Phone users the ability to stream live sporting events covered by ESPN and its affiliates from the various ESPN networks. Live games from major sporting associations, which includes the NBA, NFL, MLB, The Master, U.S. Open, and more will be available from the following channels under the ESPN broadcasting umbrella:

It is important to note that you must have a current subscription to a partnered television network, such as Comcast, Time Warner, Dish Network, Cox, etc., to stream sporting events from the ESPN networks on the app. The arrival of the WatchESPN follows just a few months after the DirecTV NFL Sunday Ticket application was launched on Windows Phone.