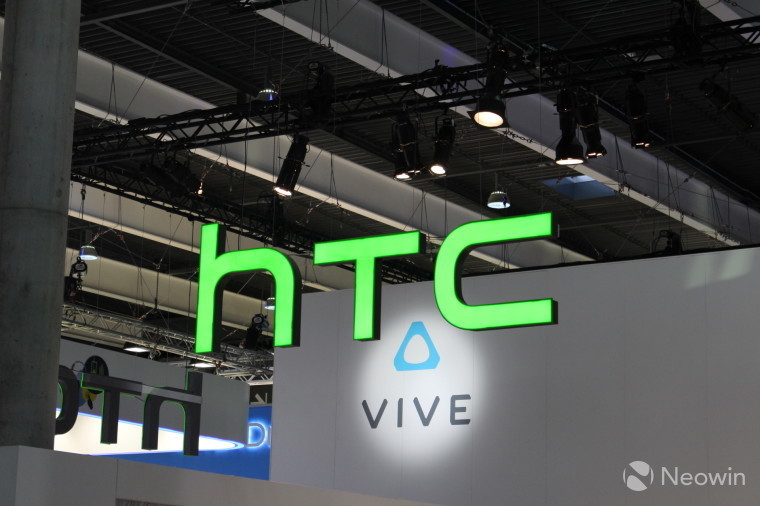 HTC has announced that the Vive VR headset can be pre-ordered in the UK for £689 or €899 in Europe from 3pm GMT today; for those keeping track, that's $955/982 (UK/Euro pricing) compared to the US pricing of $799. The company also announced that it will be throwing in a few goodies for those that fork out; in partnership with Valve, the consumer edition will have three VR experiences in the box:

The full press release is included below:

UK, February 28th, 2016 – HTC, a pioneer in innovative, smart technologies, in partnership with Valve®, today unveiled the UK pricing and a third title for the consumer edition of its ViveTM virtual reality system. With a global reveal at Mobile World Congress this week, for a limited time the consumer edition will now ship with three fully-fledged VR experiences:
· Tilt Brush, by Google: Paint in 3D space with virtual reality. Unleash your creativity with three-dimensional brush strokes, stars, light, and even fire. Your room is your canvas. Your palette is your imagination. The possibilities are endless.

· Job Simulator: The 2050 Archives, by Owlchemy Labs: In a firmly tongue-in-cheek world where robots have replaced all human jobs, step into the ‘Job Simulator’ to learn what it was like ‘to job’.

· Fantastic Contraption, by Northway Games in collaboration with Radial Games: Imagine walking around a grassy island floating in the sky, building a machine the size of a horse with your own hands, and then watching it roll out into the world.

Enabling you to stay connected to the real world, without exiting the virtual world, the consumer edition also includes Vive Phone Services – demonstrating the ability to combine both realities without losing touch of either. By allowing you to receive and respond to both incoming and missed calls, get text messages and send quick replies and check upcoming calendar invites directly through the headset, Vive creates a hybrid reality opening up a whole new world of possibilities for both consumers and businesses. Refreshed branding and an updated headstrap complete the all up package.

The Vive consumer edition will be available to pre-order from 29th February, with pre-order fulfilment and full commercial availability on April 5th. Priced at £689.00, the Vive is the first complete VR solution, including two wireless VR controllers, room scale movement sensors, and an HMD featuring a built in camera and phone services, plus the three VR titles.

As noted above, shipping fulfillment is targeted for April 5th, you can check out international pricing here.