More details on the rumored HTC One M8 Prime, the premium edition of the HTC One M8, have been leaked. The device is said to be waterproof, and made of an 'exotic' composite of aluminium and liquid silicon.

The material is created using a process that involves particles of silicon carbide being dispersed into an aluminium alloy. It combines the high thermal conductivity of metal with the high thermal expansion rate of ceramic, thus enabling the device to rapidly diffuse heat and so prevent it getting too warm. Best of all, the composite is much stronger than aluminium, despite being similarly light.

Today's revelations about the device come from a series of tweets by noted leaker @evleaks. He also revealed that the device will include a quad-core Snapdragon 810 processor paired with 3GB of RAM, which should enable it to power effortlessly through any task regardless of intensity. The display is reported to be a 5.5-inch, 2560x1440 (WQHD) unit. 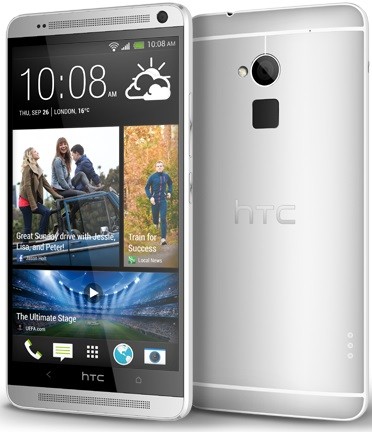 He also says that the phone will have a new, ultra-fast Category 6 LTE 4G wireless radio, which would make it one of the first devices on the market to be equipped with one. The technology facilitates 4G transfer rates of up to 300Mbps, depending on network coverage, and has previously only been seen in use on a Samsung Galaxy Note 3, when creator Qualcomm demonstrated the new standard.

The One M8 Prime will be the replacement for the previous-generation One M7 Max and will rival devices such as the rumored premium-edition Samsung Galaxy S5, also potentially dubbed 'Prime'. Although a launch date has not been confirmed, the handset will feature HTC Sense 6.0 and has been tipped to launch with Android 4.4.3.

Some sources have speculated that the 4.4.3 update might be released by the end of this month, which could mean that the One M8 Prime will be with us in all its aluminium and silicon glory very soon.