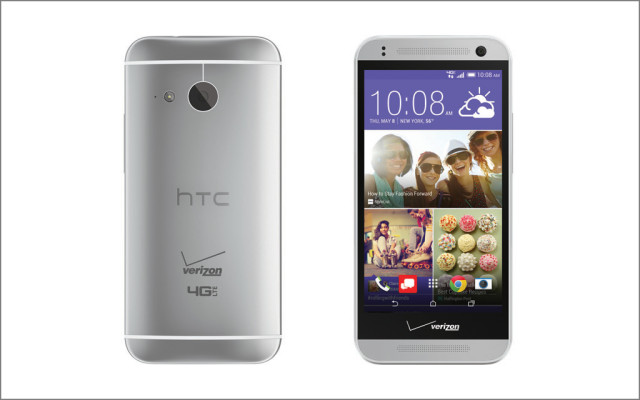 Verizon has announced the HTC One Remix smartphone, which will be available from the carrier starting tomorrow.

The HTC One Remix, launched by Verizon, is believed to be a carrier-specific version of the HTC One mini 2 which was launched in select international markets last month. While the device retains the metal unibody design from the One M8, there are some compromises present to make the device compact. The duo camera setup on the M8 has been ditched for a 13-megapixel snapper without the UltraPixel technology.

Hardware specifications for the One Remix include a 1.2 GHz Snapdragon 400 quad core processor, 1 GB of RAM, 16GB of internal storage which can be expanded upto 128GN using the microSD card slot, a 4.5-inch Super LCD2 display with 720p resolution, a 2100 mAh battery, a 13 megapixel rear camera, and a 5 megapixel front camera. Like its bigger sibling, the HTC One M8, the Remix also features the BoomSound speaker technology for loud and clear output. The smartphone runs Android KitKat 4.4.2 out of the box with HTC's Sense customizations and BlinkFeed.

According to Verizon's website, the smartphone will go on sale starting tomorrow for a price of $99 with a two year service agreement with the carrier. The company does have some upgrade offers for eligible customers as well.