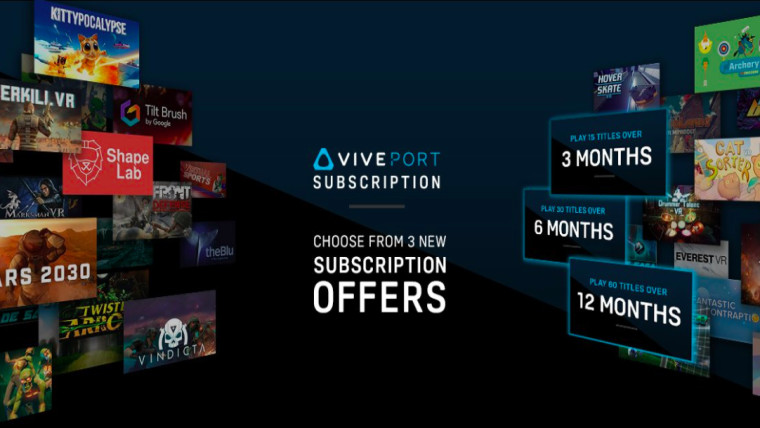 We are only a few days away from the start of the holiday season which also means the start of the holiday shopping season. Many in the United States are aware of Black Friday, which generally starts the day after Thanksgiving, where retailers participate in a weekend of massive sales offering up plenty of deals. As part of the extravaganza, it looks like HTC is going to slash prices on its Viveport subscription plans.

There are four subscription options for the service but perhaps the best deal out of the lot is going to be for 12 months of service which will be priced at $29.99. Normally, this comes in at $79.99, so the $50 discount is quite sizeable. HTC will also discount its 6-month plan to $19.99 and its 3-month plan to $12.99, giving users access to 30 apps and 15 apps respectively.

The prices above will start on November 22 and will run through November 27. If you're a newcomer to VR, this might be a great option when it comes to enjoying the most content for the least amount of money. Again, the sale isn't live yet, but you can head to the Viveport website in a few days to take advantage of the deal.