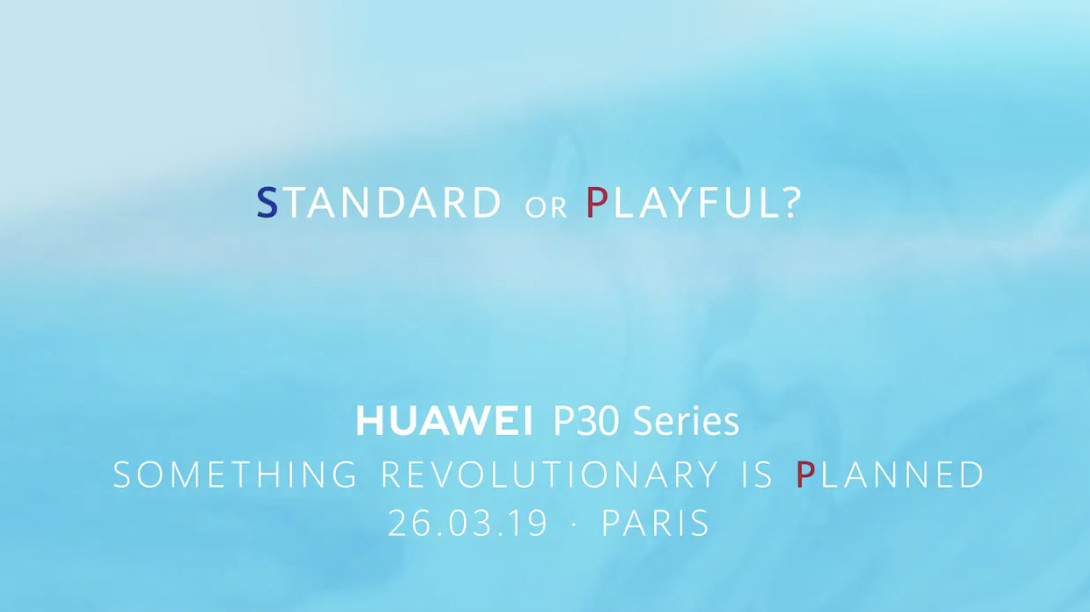 Samsung recently held its Unpacked event in San Francisco where it revealed the Galaxy Fold and its new Galaxy S10 line. Now, the focus will shift towards Mobile World Congress (MWC), where many companies will take the stage in Barcelona to show off its latest devices for 2019. Huawei, one of the largest handset manufacturers in the world, looks to be skipping the event, instead intent on showing off its latest P-series phone in late March that will supposedly "rewrite the rules".

The firm released a teaser for its new phone on Twitter through its official account, stating that "something revolutionary is planned". A company tooting its own horn is nothing new, but what is sly about the new teaser is that it seems to be taking jabs at Samsung. The background artwork is strikingly similar to that of Samsung's own for its Galaxy S10 line. Furthermore, Huawei seems to state that its competition is offering something "standard", while it will offer something "professional, precise, pioneering, premium, powerful, playful, and with performance."

Huawei has every right to be confident, as its Mate 20 and Mate 20 Pro were highly regarded by consumers and those in the industry. While we are only a week away from MWC, we will have to wait a little while longer to see what Huawei has in store, as its event will take place on March 26, 2019.

﻿Meanwhile, Neowin will be at the Mobile World Congress in Barcelona (Feb 25-28) to bring you coverage direct from the show floor, click here for other articles in the lead up to the event.