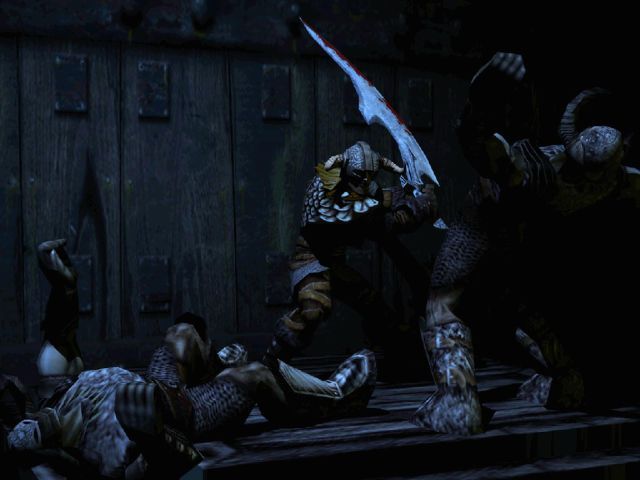 A third person action game with a cult following 12 years after its release may be getting ready to be revived. A few days ago, an "official" Facebook page was launched for Rune, the Viking-themed game from developer Human Head Studios. The original game was released for the PC in 2000 via the now defunct publisher Gathering of Developers. An expansion pack was released in 2001 and a PlayStation 2 port was released in the same year.

The Facebook page has a post that says simply, "We are considering a sequel to the cult hit classic Rune!" The site also has a number of surveys for people to express their opinion on what types of gameplay they would like to see in a Rune sequel.

Human Head may be looking to work on a Rune sequel in part due to persistent rumors that development of their current game, Prey 2, has either been cancelled or put on hold. The game was first announced in 2011 and shown at E3 and at QuakeCon that same year. However, the game's publisher Bethesda Softworks has not given a status update on Prey 2 for several months and has not commented at all on the cancellation rumors.