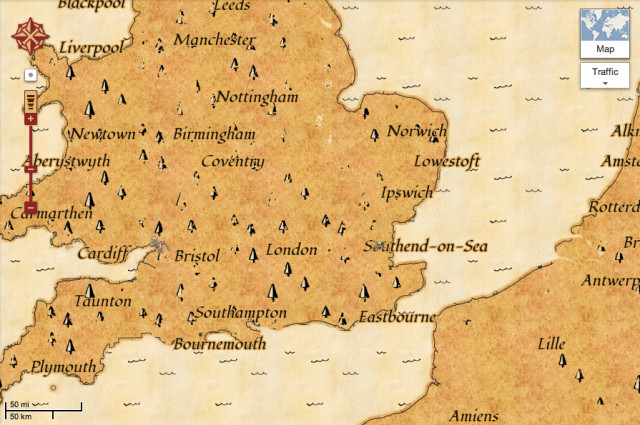 Getting into the April Fools' spirit a day early, Google have added a "treasure" layer to its mapping service.

Just as the U.K. appears above in all its parchment-effect glory, the entire globe can be circumnavigated as a treasure map, even adding drawings of notable landmarks and famous buildings. When accessing Google Maps, a third layer option on top of "map" and "satellite" appears – "treasure." 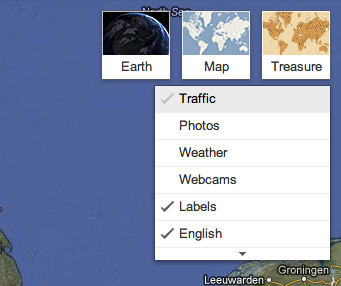 It's far from the most elaborate rouse the company have conducted; as in the past they've "released" an 8-bit version of Google Maps for Game Boy and NES, as well as introduce Chrome "Multitask Mode" (the false ability to browse the web with two or more mice at the same time). Nevertheless, the seemingly obvious prank appears elusive to some users on Twitter:

Apparently Youtube is Shutting Down tonight at midnight. I don't want to believe that, but I might have to. :(

The official Google Maps blog notes the introduction of the feature, suggesting the Street View team have found a long-lost treasure map:

The map was found on a recent expedition in the Indian Ocean, as part of a deepwater dive to expand our underwater Street View collection. Captain Kidd was rumored to have buried his treasure around the world, and tales of a long-lost treasure map have lingered for generations.