Just because Apple doesn't mention a feature at their special iPhone OS 4 event doesn't mean that it's not there. It has been long rumored that the next version of the iPhone will contain a front facing camera with video chat capabilities. While small hints at this function have been leaked here and there, nothing implies its existence more than this.

Below are two images from TUAW showing a process called "iChatAgent" which is present in the iPhone OS 4 SDK that Apple released yesterday. This would allow the next version of the iPhone to handle video chatting--a highly requested feature. It is also noted by MacRumors that the SDK contains many references to a front-facing camera. Perhaps Steve Jobs has a "one more thing" planned for his next iPhone event. 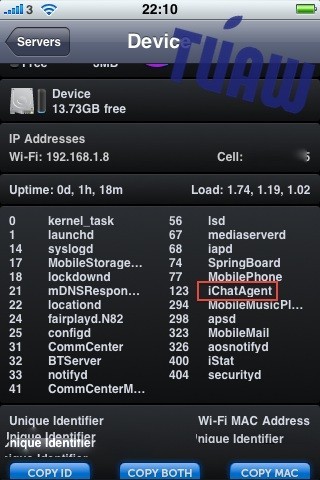 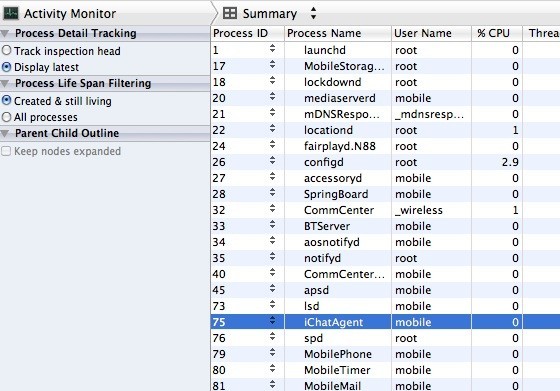