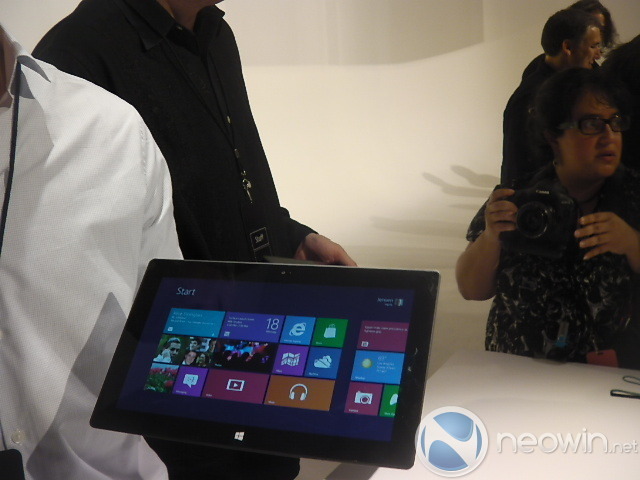 Of all the tablets that could be released before the end of 2012, none are talked about more than Surface. Microsoft's showcase for Windows 8 and Windows RT was first announced two months ago but since then the company has been pretty quiet about their entry into the PC hardware space.

That silence isn't stopping analysts from speculating about the Surface. News.com reports that, according to a prediction from IDC analyst Bob O'Donnell, Microsoft will make "probably a little over 3 million" of the tablets in the calendar year of 2012. That number is a combined figure for both the Windows RT and Windows 8 Pro versions.

O'Donnell also predicts that Microsoft will have to sell Surface units at third party retail store locations. So far, Microsoft has said that the Surface will be sold at its retail Microsoft Stores and online but has not revealed any further retail plans.

And what about those rumors that the Windows RT version could go on sale for just $199.99? O'Donnell says that he has doubts about that price point. Even if Microsoft sells the Surface at that price with some kind of two year subscription plan, he doesn't believe it would work, saying, "MS Office subscription? Any Windows RT product comes with Office. So, that knocks out that theory."