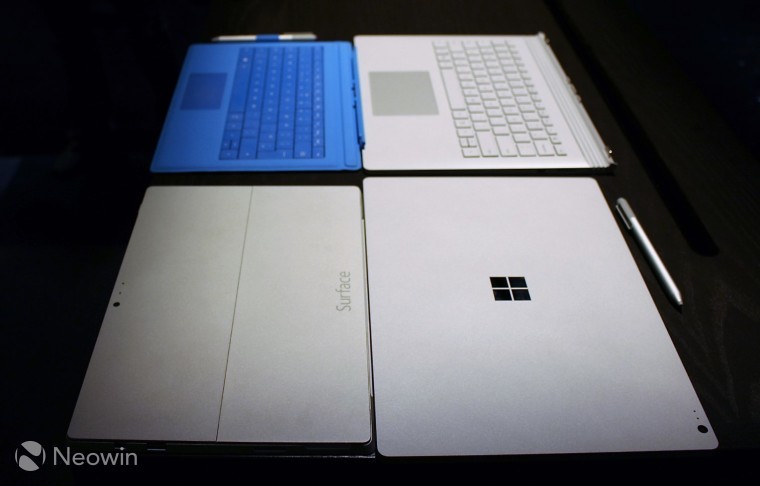 American market research, analysis and advisory firm ﻿IDC recently posted its forecast for the tablet market in 2016, and the keyword is 'detachables', or 2-in-1 devices, as the research firm has called them in the past. Apparently, detachables - or tablets that can attach to a keyboard base to become a laptop - are the new black, even though they're not a particularly new concept.

IDC said on the Tuesday report that it predicts a 5.9% drop in tablet shipments for 2016 compared to last year, down to 195 million units. However, the analysts are optimistic and expect the overall tablet market to return to growth - albeit single-digit, driven by growing demand for detachables such as Microsoft's Surface Pro 4 and the Surface Book, Google's Pixel C, and Apple's iPad Pro. 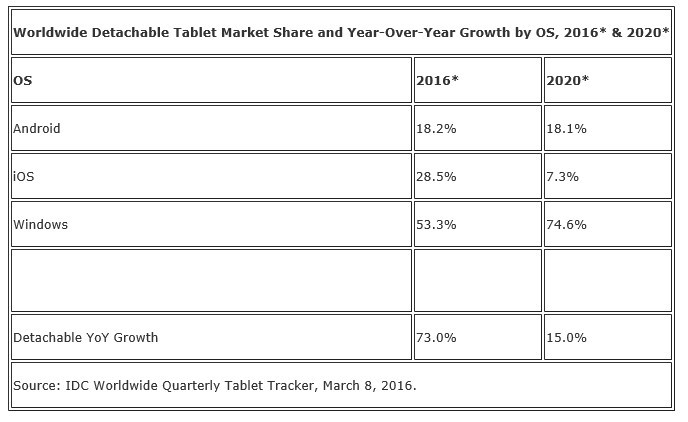 The research firm does make a distinction between 'slate tablets' and '[tablet] PCs' - and Microsoft would definitely agree - but goes on to predict the growth of the two as a single device category, from 16.6 million shipments in 2015 to 63.8 million in 2020, with detachables flying off the shelves this year with a 73% year-over-year growth.

If you look at the table above, it's interesting to note that IDC believes Windows tablets will be the devices to see the biggest growth in 2016, comprising 53.3% of the market, even as recent data indicated from the same firm appeared to indicate that the iPad Pro is in greater demand. Also, Android tablets would see no growth, and iOS tablets would become even more of a niche than today.

IDC's Jean Philippe Bouchard says that one reason for the shift in consumer preference is the increase in competition caused by new entrants such as Alcatel and Huawei, with their showcasing of the Plus 10 detachable and the Matebook respectively, both tributes to Surface success.

The analysts also see Windows 10 is also a major driver for larger tablets, with displays between nine and 13 inches in diagonal, and predict that smaller slates will become less appealing to consumers even as free OS licensing makes them more affordable.

It's also worth noting that IDC considers Windows tablets as the "logical choice for detachable products", at least "until we see a day when touch is introduced for Mac OS X and inroads are paved to bring Android and Chrome more closely aligned".

If IDC is right, Microsoft's goal to reach 1 billion devices in a couple of years may actually be less optimistic than some people think. Also, succeeding in the detachables market might convince more developers to build more universal apps, and perhaps give a mild boost to Windows phones, for Microsoft has an entire history of failed strategies.