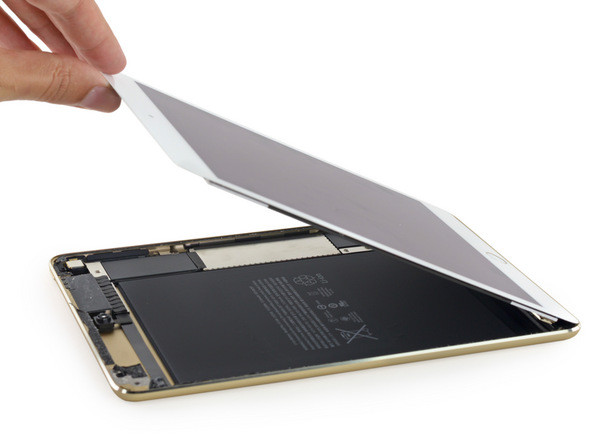 It has been a week since Apple's September event - although the iPad Pro, iPhone 6s and 6s Plus were the main focus of the event, Apple also announced a refreshed iPad Mini 4. Naturally, it was only a matter of time before the new tablet would be dissected and its innards explored.

Like most devices new to market, iFixit has taken it upon themselves to dissect Apple's latest tablet. While there is little to no noticeable difference on the outside, its innards compared to the previous iPad Mini 3 have evolved. Apple has made improvements on the inside by converting to a single cell battery, slimming down the camera assembly and including spacers for assumed display support.

For more pictures, head to the source link below. The iPad Mini 4 is currently available directly from Apple and starts at $399 USD. Apple's iPhone 6s and 6s Plus will be arriving on September 25th.