When we first had a look at early leaked screenshots of the Windows 8 install process in the former half of this year, we could see the early stages of Microsoft's work at streamlining the install process and making it more pleasant for disc-based installs of Windows. Indeed, Microsoft is seeking to improve the install experience for consumer enthusiasts and IT professionals alike, as explained in today's update on Building Windows 8.

Part of the side effects of lowering system requirements across successive versions of an operating system is reducing the necessity for consumers to expect hardware and software upgrades to be in tandem. Microsoft expects that a near majority of Windows machines that are at least capable of running Windows Vista, and maybe Windows XP to an extent, are eligible for an upgrade to Windows 8. That could be 450 million eligible machines, right off the bat at Windows 8's launch!

To convince customers to upgrade, the process should be not as painful as throwing away old machines and buying one at the shop (complete with bloatware, sticker hell, and McAfee trials). Microsoft made great strides from moving to the disk image-based installs of Windows Vista instead of decompressing CAB files as was the case for older Windows versions. Setup times can be as little as 15 minutes, from inserting the disk to seeing the Windows desktop.

With that, the new Windows 8 setup is broken down into two distinct experiences: a streamlined setup that runs within Windows by invoking AutoPlay, and the advanced boot-time method from a USB key or disc.

The streamlined setup, as previously mentioned, can be started from the Web - a smart move in this age of digital distribution. The interactive upgrade experience should be simpler than Windows 7, which as Microsoft explains, could have this many upgrade screens during the process:

With Windows 8, the number of screens is cut down: 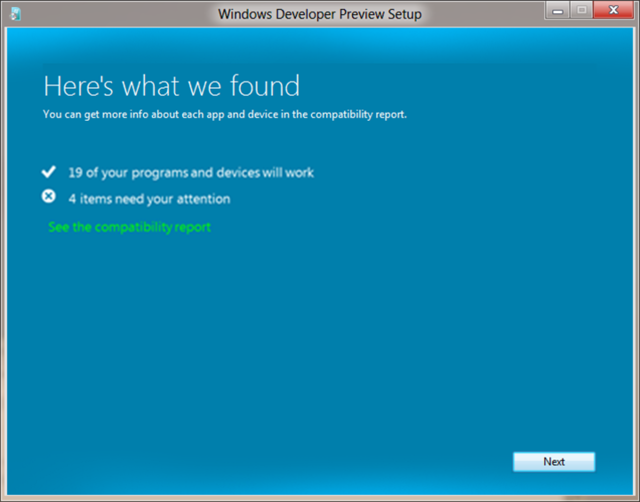 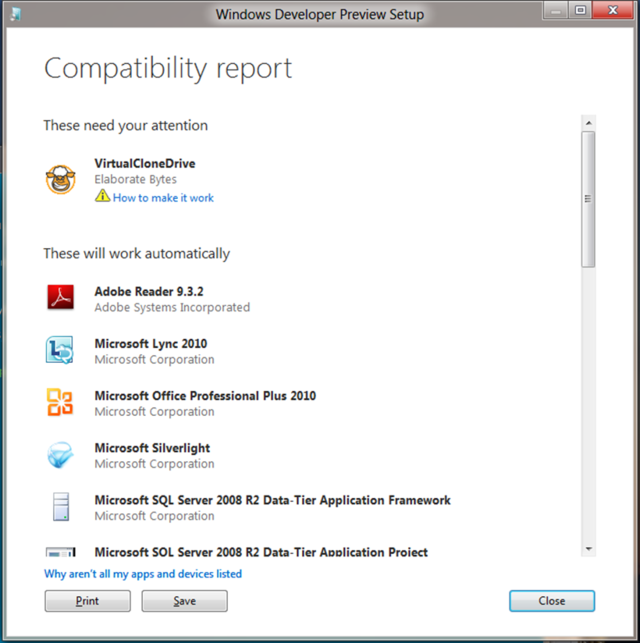 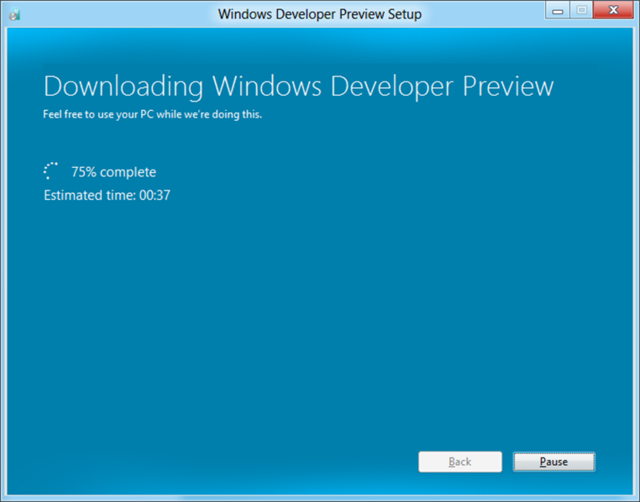 Part of the changes made include moving entire folders instead of individual files, and utilizing hard links instead of transporting files between different locations on the hard drive during the upgrade process.

With these optimizations, the install process scales very well, especially in comparison to Windows 7 where the setup time is dependent on the state of the system: 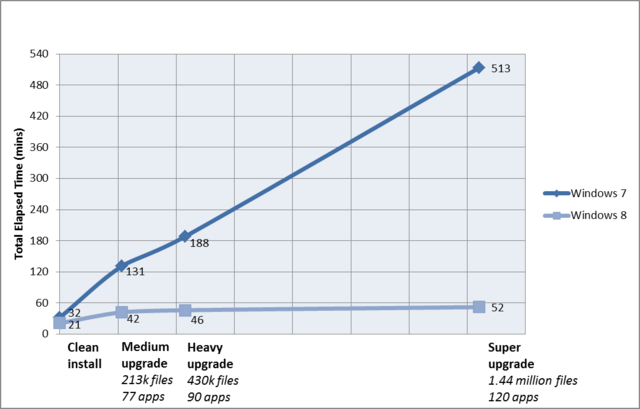 A walkthrough video of the install process is available below: