Instagram has announced through their blog, a new feature called "Instagram Direct" which lets users send photos or videos directly to selected users or followers.

Using the newly announced feature, the user can select the target for a specific image or video and post the content directly to their stream which can prove helpful in sharing within certain groups of friends or family. 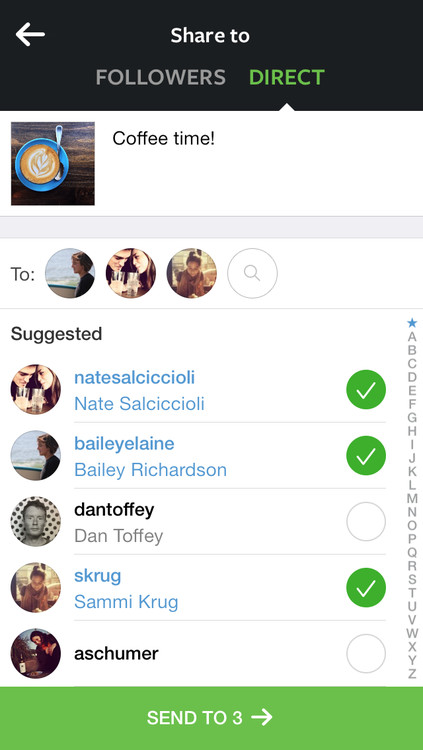 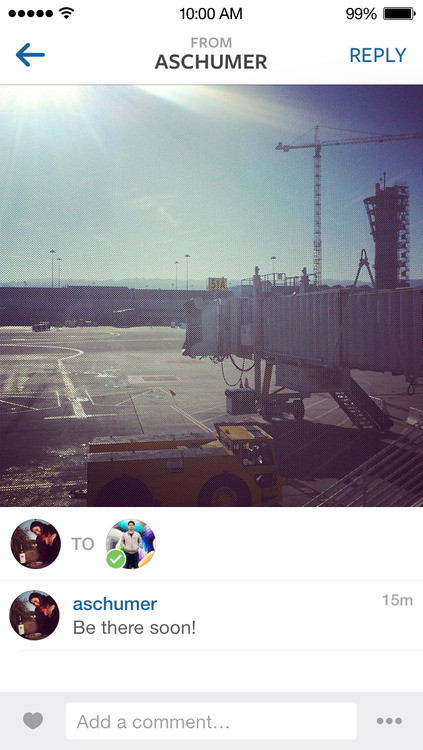 Steps to use the feature are similar to the usual uploading process:

Photos or videos can be sent to people who are not following the sender as well. However, in this case the recipient will be given a notification before they can view the post. Likes and comments from the posts can only be seen by the people who have been included in the "Direct" post.

The feature is being rolled out through the updated app available on Android and iOS versions with the Windows Phone version which is currently in beta to follow soon.