Intel has always been a strong believer in gesture controls and cameras that can scan in depth, and the company has just unveiled a new prototype smartphone camera that can see in 3D.

The company’s CEO showed off the prototype on stage at an event in China, with the new camera being smaller, thinner and more powerful than what’s currently available. The prototype was embedded into a six-inch smartphone, proving that the technology would be viable with today’s handsets. 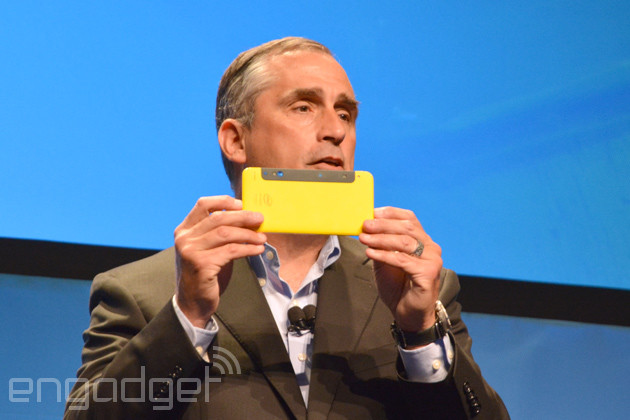 Intel’s depth-sensing cameras are integrated into what the company calls RealSense technology, which has been used in desktops, tablets, laptops and will soon show up in smartphones. The technology allows many applications but one that we’re looking forward to is the integration with Windows Hello, the biometric authenticating system coming with Windows 10.

Back when Windows Hello was first announced, Microsoft made a special mention saying the software would play nice with Intel’s RealSense. And in fact, there was a demo on-stage where someone signed into a prototype Windows 10 tablet, just by looking at the depth-sensing camera.

Though we’ve seen all of this technology and its applications before, the fact that both Intel and Microsoft are quickly iterating and continuing to improve it shows that it will likely be part of the next generation of electronics. After all, a Wintel partnership can go a very long way.