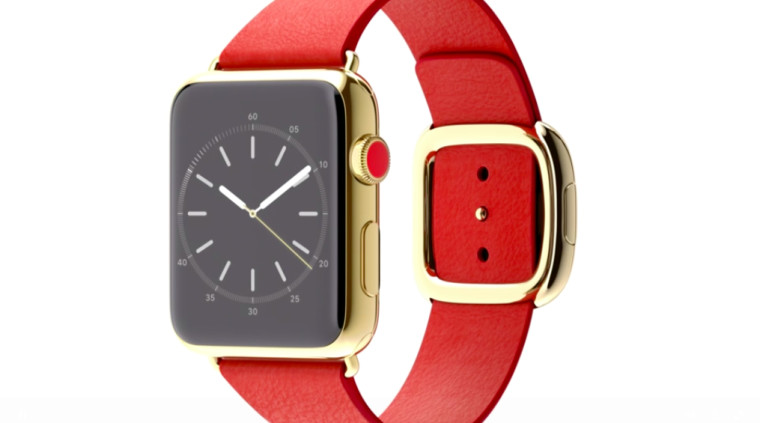 Pre-orders for the Apple Watch are just days away and the hype surrounding the product is reaching fever pitch. Apple themselves have done much to fan the fire, placing the Watch on the front of magazines and releasing a series of explainer videos, with various leaks, such as Apple's strategy to sell the Watch, having accompanied the official PR.

Apple has issued review units of the Watch in preparation for its pre-order date of April 10th. 9to5Mac spotted Bloomberg's Joshua Topolsky wearing an Apple Watch and so the fact that the leak comes the Daily Mail, which has likely received a review unit, adds validity to the pictures. The review unit appears to be a 42mm Collection Watch with a Milanese Loop band, costing $699.

Pre-orders of the Apple Watch open on April 10th.