The 2020 Tokyo Olympics concluded today and the world witnessed several new achievements and records being set (via NBC Sports YouTube) across multiple sporting disciplines at the global event.

While not a sportsperson, Intel too did something very impressive at this event. According to a report by TechHive, Team Blue was able to live stream 8K (7680x4320) 60fps HDR footage of the Olympics to certain parts of the world like in the U.S. and Brazil.

The 8K60 10-bit HDR footage was captured by NHK WORLD-JAPAN, which is Japan's public broadcaster, apparently using Sony's F65 8K camera. This raw data was then encoded and processed to HEVC (H.265) on a server that consisted of the following specs:

After this, the stream was distributed by certain undisclosed "Open internet cloud services" and the TechHive reporter was then able to view the demo on a 75-inch 8K TV in a conference room at the Skirball Cultural Center, Los Angeles. The video was decoded also on an above-average system.

The image below explains the entire process: 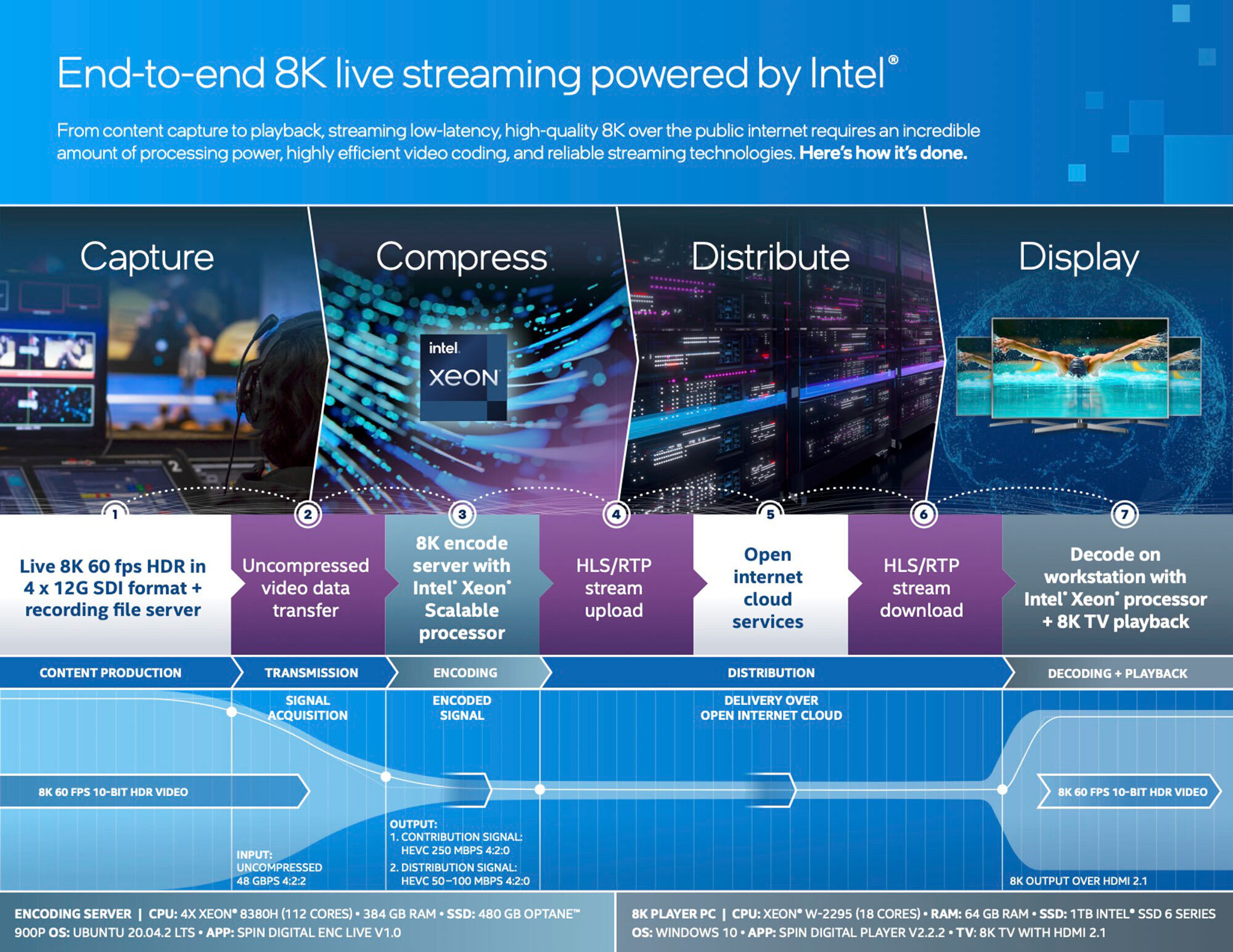 While we don't know the sizes of the HEVC video streams that Intel demoed here, we believe they won't be too small. That's why last year, its successor, the VVC or H.266 codec was announced for next-gen videos of such scale. Just like HEVC did earlier, H.266 also promises similar fidelity at around 50% of the size.

However, VVC is yet to take off with only a handful of hardware available that can decode it, like this one from Sharp, which was also the first such product in the world.