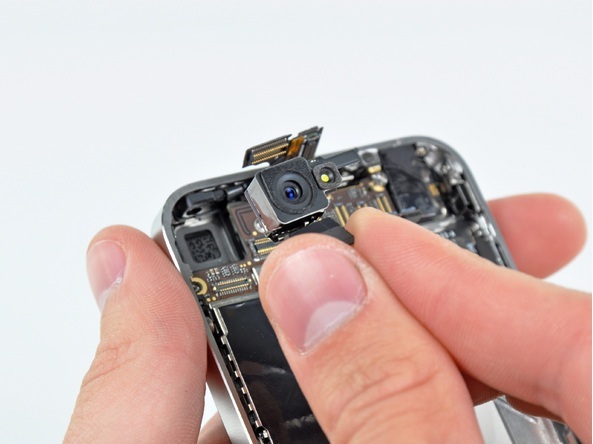 The folks over at iFixit have already begun tearing apart the iPhone 4, even though it's been only a few short hours since reviews went up online.

Currently, they're still pulling the iPhone 4 apart, but it is now confirmed that the iPhone has 512MB of RAM onboard, which is double the 3GS' 256MB - this is something that Apple has kept very quiet about so far. Other details include a 1GHz ARM Cortex A8 processor as well as a chemically-strengthened piece of Gorilla Glass for the outer screen, dual microphones for suppressing background noise and providing better quality, and a 1420 mAh battery.

The article points out that the iPhone 4 doesn't come with a handy SIM eject tool, but a paper clip should do just fine. iFixit says that the front panel "will likely be rather challenging [to remove]" and will take some time to find out more about what's behind it. iFixit also say that the new iPhone "[utilizes] whichever network band is less congested or has the least interference for the best signal quality, regardless of actual signal strength", which supposedly will give better call quality and reliability - the antennas are now located around the inside of the outer sides of the phone to give better signal strength.

The highly anticipated iPhone 4 has begun arriving in the hands of many eager customers today, amidst large downtimes and issues from both AT&T and Apple. The new iPhone sports the largest feature upgrade since the iPhone 3G in 2008 and boasts a 5MP camera, 1Ghz Processor and a new "Retina" display. Check out Neowin's review roundup here.