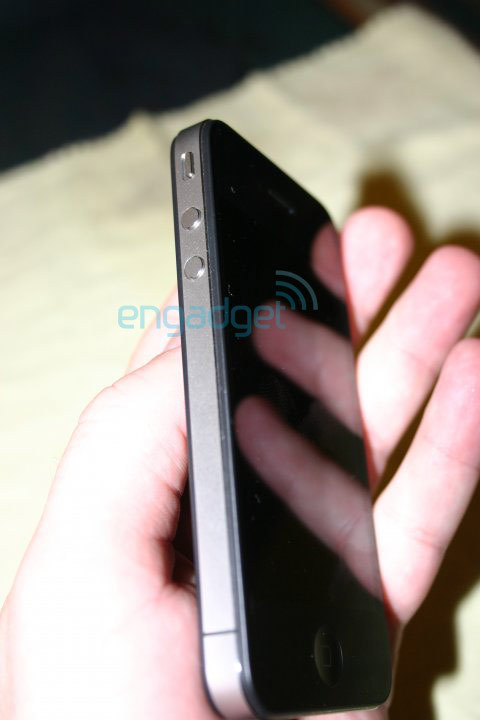 As discovered by Engadget, a suspected iPhone 4G/HD was found on the ground in a San Jose bar, inside of an iPhone 3G case.  The hands-on pictures reveal a brand new look for the device, which might be an early prototype or some sort of custom modified hardware.

The iPhone was in a working state when it was discovered, running the new iPhone OS 4.0 SDK.  The phone, although unmarked on the back, had 80GB of storage, much larger than previous models.  Older models have only ever been available in 8, 16 and 32GB flavours since their release.

The mystery iPhone does have a front-facing camera with some new stylish volume toggle and silence buttons.  The back of the phone includes all the traditional markings, including “Designed by Apple California” on the back.  Apple has an office in Cupertino, California, right next to San Jose.

Whether or not this is actually the new iPhone 4G/HD, some prototype design, or a custom modified hardware, the phone is very interesting to say the least.