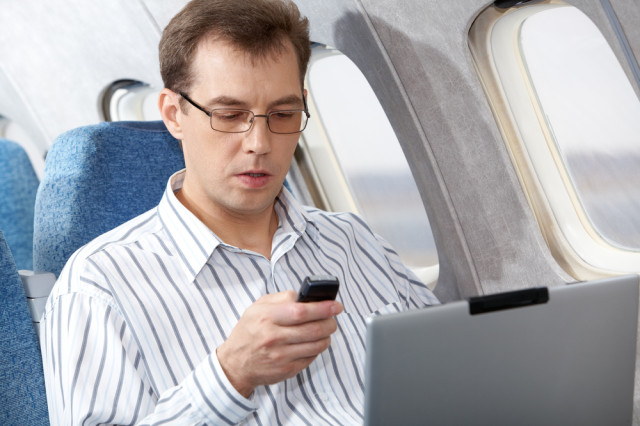 In this always connected world there's one place where we can usually escape from e-mails, notifications and people calling us: aboard an airplane. Though that's quickly changing, thanks to on-board Wi-Fi, this little story reminds us that there are still a lot of limitations on how folks can use their electronic devices while flying on a plane.

Back in 2011 while climbing to cruising altitude, a regional airliner lost its directional equipment thanks to interference from a passenger's iPhone. They managed to regain control of their instruments only after the guy seated in row nine was persuaded to turn off his phone. The plane landed safely at its destination, but it's moments like these when you really have to wonder if in-flight connectivity is such a good idea.

Bloomberg reports on the on-going debate in the airline industry between folks that want to use their phones and tablets more freely, and people who are recommending we take a much more cautious approach.

Even though all aviation equipment is supposedly shielded from outside interference, there are some devices that can still interact with them and cause a lot of problems. Laboratory tests from NASA and Boeing clearly show that some devices, especially when they're damaged, have a real chance of interfering with the flight equipment.

The FAA has appointed a commission made up of different representatives from the aviation industry, to publish a report regarding on-board use of electronic equipment. A decision towards the possible expansion of passengers electronic usage rights is expected to be made public this July.

Many airline carriers are arguing for increasing these rights, but some independent groups are saying that caution should prevail before the FAA gives in to passengers' demands.