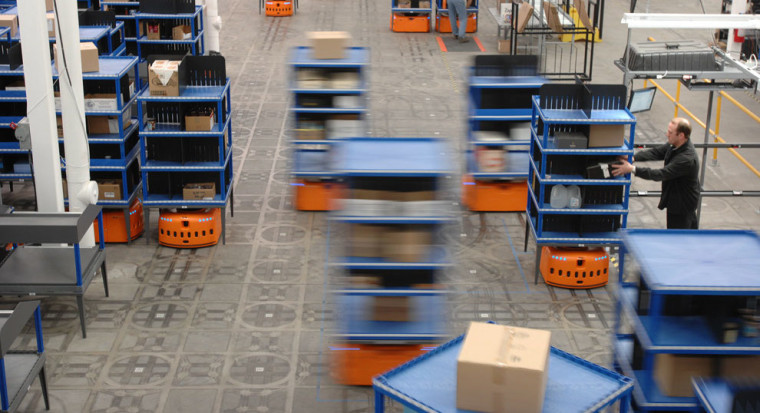 Recently, in an interview with BBC News, Stephen Hawking warned that artificial intelligence could soon end mankind, stating "Humans, who by slow biological evolution, couldn't compete and would be superseded" (feel free to jump to the bottom of the article if you're interested in watching the video interview).

It seems concerns over artificial intelligence and robots have increased over the last year, as there have been discussions and real life examples which warrant such debate. While this claim of impending doom is still theoretical at this point, a more sensible concern is the impact of robots taking our jobs, which one can argue may be the beginning of such a fate. Below are just a few discussions and examples that prove this point:

Back in March, Bill Gates spoke with the American Enterprise Institute (AEI) in a recorded interview, stating:

"Software substitution, whether it's for drivers or waiters or nurses … it's progressing. ... Technology over time will reduce demand for jobs, particularly at the lower end of skill set. ... 20 years from now, labor demand for lots of skill sets will be substantially lower. I don’t think people have that in their mental model."

The Economist also wrote a story on the future of jobs and described a future where robots have replaced human workers in many different fields. Based on the information provided from the article, Business Insider posted an article showing a chart with the likelihood that robots will take your job in the next 20 years. You can see the chart below: 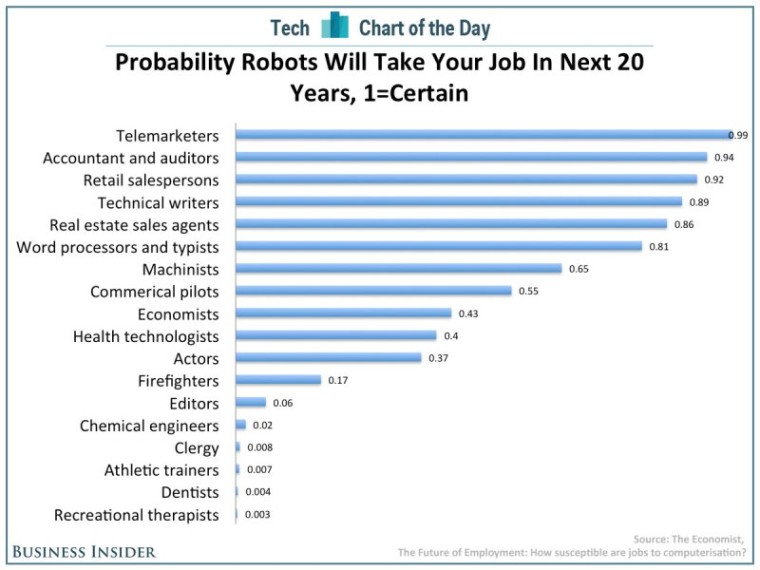 The other side of the discussion is the idea that while robots may take over repetitive jobs and procedures, somebody has got to make sure they are working and oversee them. That would surely create more jobs, right? But how many people do we really need to watch or maintain well designed machines that don't need to eat, make mistakes (by design anyhow), or threaten to go on strike? Over time these machines/robots will need less oversight as they will be able to handle things themselves and correct their own mistakes.

Aside from the discussions, we have already had real accounts of robots replacing human workers. In fact, Jett Goldsmith from Neowin wrote an article about 10,000 robots being deployed on assembly lines for Foxconn, a Chinese company, to replace jobs held by average every day people. According to an article posted 3 years ago, Foxconn plans on extending that to up to one million robots. Given the history of employee suicides at Foxconn, those plans may be a very real possibility.

Last but not least, the online retailer giant Amazon is also fascinated with robot workers, deploying as many as 10,000 robots in its warehouses for efficient stocking and inventory retrieval, and also famous for their attempts at delivering packages via drones. It looks like Amazon will keep following this trend as they've had great success in their efficiency using these machines.

For your convenience, here are the video interviews discussed in the article above:

Bill Gates Interview: "From poverty to prosperity: A conversation with Bill Gates"

What will the future hold for our jobs when the next generation robots and intelligent machines appear? Discuss in the comments below!