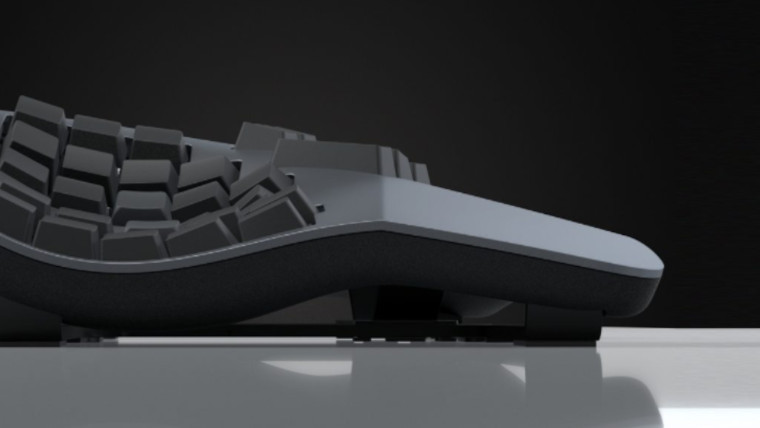 Kinesis, the company behind extravagant fixed split boards like the Advantage 2, announced the Advantage 360 way back in May, but on Monday you’ll finally have your shot at one – if you’re lucky.

Even though its pedigree is obvious, it shares none of the husky, hard-edged defcon-control-room look of its ancestors. It’s a svelt and sleek tool that won’t get sneers of disgust from your jealous cubicle mates at the office who can’t type anyway. Oh, who am I kidding, nobody’s works in offices anymore.

The Kinesis Advantage360 has a few new features that make the old board a hard sell. The split board offers three-way tenting, meaning you can change the angle on each side independently and three different fixed angles. Not quite as good as what’s offered by the Microsoft Surface hinge, but it should offer enough flexibility for you or the professional in your life. The layout of the board is far more compact than its predecessor but not nearly as compact as the ZSA Moonlander. The gap in between would be perfect for something like a Kensington Expert Trackball, provided your preferred tenting angle is not too extreme. 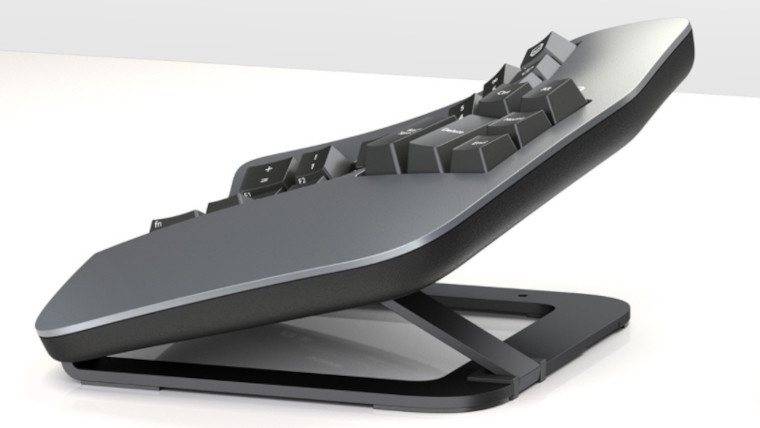 The Advantage360 Professional variant runs on the ZMK open-source firmware, a competitor to the ultra-common QMK firmware found on most mechanical keyboards and purports to offer several advantages over the latter including user configuration repositories, multi-device BLE support, and more. Though the biggest additions are the eight new keys: four keys on the inner divide act as user customized hotkeys or macro activators invoked by the index finger, while four new keys on the outer divide aid the user in shifting and switching function layers.

The real headlining feature of the whole Advantage series is the contoured shape of its keys. This gimmick leverages the length of your fingers to increase typing speed while reducing strain and travel. This is a feature that’s only seen mainstream success on the Logitech Wave, but since there’s little to no chance of that keyboard coming back, this might be your best bet for a replacement.

Who is this board for? Well, if you’re not a touch typist, look elsewhere. This keyboard is sure to offer serious benefits for those who type in the 90 to 120wpm range that want to avoid repetitive stress injuries associated with that rigorous level of physical commitment. This is a serious tool, and for those who view it as such are probably willing to invest in a product like this. Rome wasn’t built in a day, nor was it built with a stick and a pile of rocks.

This board comes in two variants; Advantage360 and Avantage360 Professional. The Professional model allows BLE connections to 4 devices, wireless linking between the two halves, global white backlighting, and ZMK firmware. Prices are $399 and $439, respectively. There is a palm pad available for the bottom deck, but for an extra $25. If you want one, you had better be ready. Only 360 of them will be available Monday morning at 8am EST on Drop.com, more details can be found in the source link below.