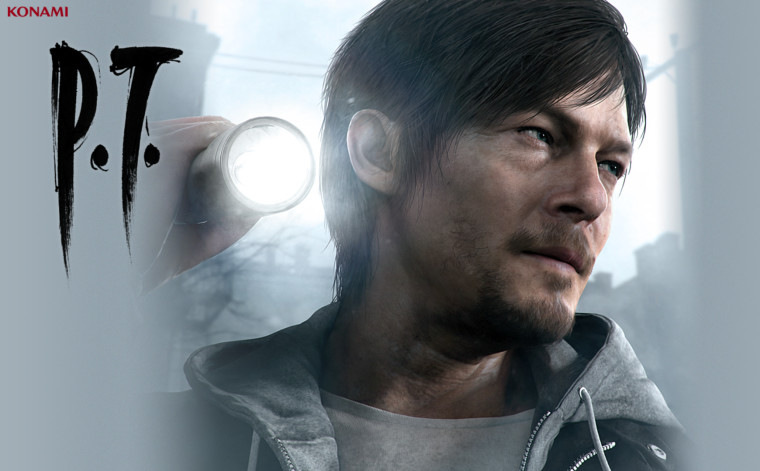 In a statement today, Konami confirmed that its upcoming game "Silent Hills," starring "The Walking Dead" actor Norman Reedus, has been canceled. The Japanese company states that it will continue to develop other Silent Hill games, but this specific project has been axed, saying that:

Konami is committed to new Silent Hill titles, however the embryonic 'Silent Hills' project developed with Guillermo del Toro and featuring the likeness of Norman Reedus will not be continued.

The confirmation follows allegations made by various publication sources who claimed that the image of Norman Reedus has been removed from the game's official website. However, it the image is still present at the time of this publication, but it will likely be removed soon.

Guillermo del Toro, who was working on the project with Hideo Kojima, reportedly revealed the news at the San Francisco Film Festival last night saying, "It's not gonna happen and that breaks my greasy heart." Norman Reedus also confirmed the news on his Twitter account.

A short Q&A from Konami regarding the canceled project has also bee sent to Eurogamer which reads:

Q: Why has the image of Norman Reedus disappeared from the official website?
A: This is because our contract period with him has expired.
Q: Why is "P.T." no longer available on Playstation Network?
A: Because the distribution period has expired.
Q: What will happen with regard to "SILENT HILL"?
A: Konami Digital Entertainment Co., Ltd. will continue to develop the "SILENT HILL" series.
Q: What will happen with regard to "P.T."?
A: P.T. was purely created to be a playable teaser for "SILENT HILL."
Q: What do you mean by "playable teaser"?
A: The playable teaser was a trial edition of "SILENT HILLS" intended to give players an idea of the game concept.

The cancelation of such an awaited game will surely hurt a lot of gamers. With that being said, the news was somewhat expected after Konami announced that it would remove "Silent Hills P.T" from the PlayStation Store on Wednesday.