Kupa will be launching a new Windows 8 Pro tablet called the UltraNote, which is equipped with a 10-inch, 1920 x 1200 touchscreen. 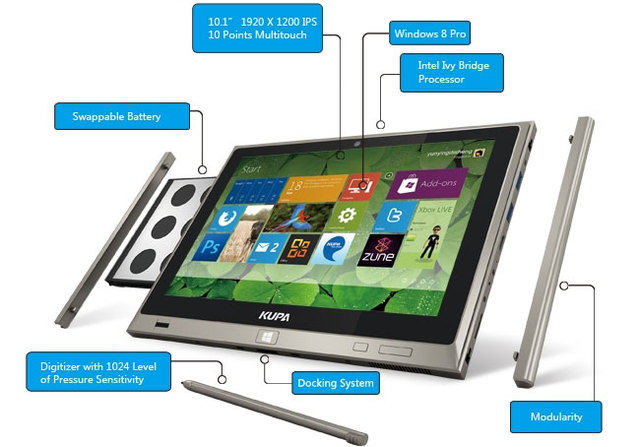 The tablet can be equipped with either an Intel Core i3, i5, or i7 Ivy Bridge processors and is supported by up to 8 GB of RAM, with storage provided by either a 64 GB or 128 GB solid state disk; it's an understatement to say that this will be a great device, based purely on specs. A full list of these specs can be seen below:

Kupa also states that the battery contained within the tablet will provide up to 7 hours of use on a single charge. The Windows 8 tablet is expected to arrive in stores during November 2012, but the pricing hasn't been revealed yet, so we'll keep you posted when we learn more about this device.