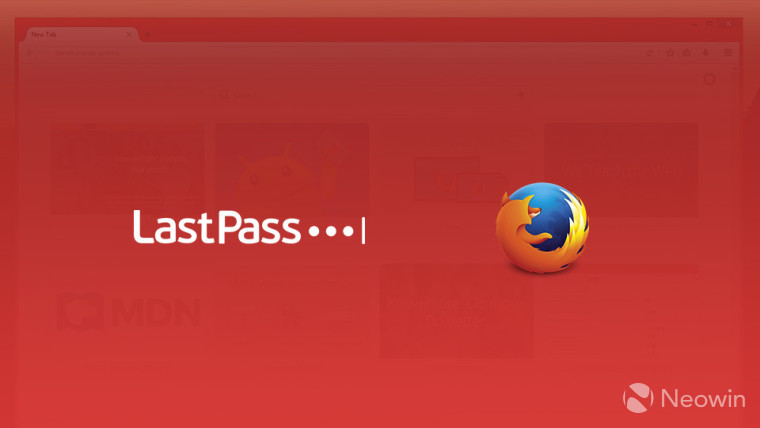 Extensions help enhance a browser's capabilities in all sorts of ways, whether it be blocking ads, connecting to social networks or simply replacing the built-in password manager. However, as technology is constantly evolving, so is the way of creating these extensions.

About a year and a half ago, Mozilla introduced a brand new, cross-browser compatible API for add-on creation called WebExtensions. This was created to replace the XUL and XPCOM technologies in use right now, as well as to limit what Mozilla calls the "permissive add-on model". The goal is for Firefox to accept only WebExtensions add-ons by the end of this year, with the release of version 57. That said, starting with Firefox 53 (slated for release on April 18), new non-WebExtensions add-ons will no longer be accepted for signing / display on Mozilla's add-on site.

In light of this development, LastPass has announced that it plans to retire version 3.3.2 of its Firefox add-on by April of this year. It's worth mentioning that the company wished to offer Firefox users an option; so, for the last 12 months, LastPass has made available the 3.3.2 version on Mozilla's add-on site, while offering the newer 4.x version on LastPass.com.

As far as the timeline for the newer version's availability, LastPass says:

We will submit our latest version of the extension on March 31st, 2017, and expect it to roll out to all 3.3.2 users in the following days, pending Mozilla review. You can manually upgrade your Firefox extension now, or wait to receive the automatic upgrade in April. After that time, only version 4.x will be available, both at addons.mozilla.org and LastPass.com.

Are you still using the older version of the add-on, and if so, what do you think of this development?