Multiple tech companies have recently joined forces in banning and restricting Russian content on their platforms following the country's invasion of Ukraine. Microsoft has removed Russian state-sponsored content from its platforms and halted all new sales of its products in the region, Google has restricted access to Russian content too, and Mastercard, Visa, and PayPal have suspended services in Russia. Now, Mozilla has removed certain Russian-owned capabilities from its Firefox browser too. 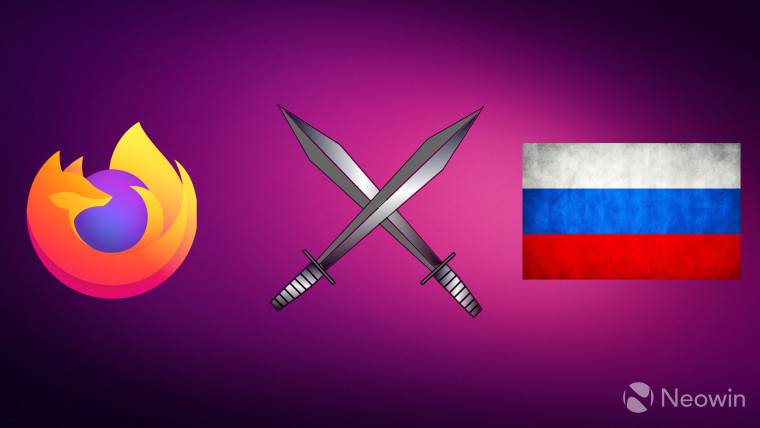 Mozilla has released Firefox 98.0.1, which is a minor release of Firefox 98 that was rolled out just a few days ago. Essentially, the latest update just removes Russian search providers such as Yandex and Mail.ru from the drop-down of a Firefox installation. The release notes mention that:

Yandex and Mail.ru have been removed as optional search providers in the drop-down search menu in Firefox.

If you previously installed a customized version of Firefox with Yandex or Mail.ru, offered through partner distribution channels, this release removes those customizations, including add-ons and default bookmarks. Where applicable, your browser will revert back to default settings, as offered by Mozilla. All other releases of Firefox remain unaffected by the change.

The circumstances of the removal are quite interesting since Mozilla had hinted at this happening in its FireFox 98 release notes as well. At that time, it had just stated that it had not secured "formal permission" to integrate certain search engines by default in its browser.

As such, it's still not clear whether removing Russian search providers from Firefox is a part of the company's anti-Russia stance or if this removal is due to some legal obstructions. As it stands, Yandex and Mail.ru are no longer offered by default in Firefox, but users can still add them manually from Firefox settings.