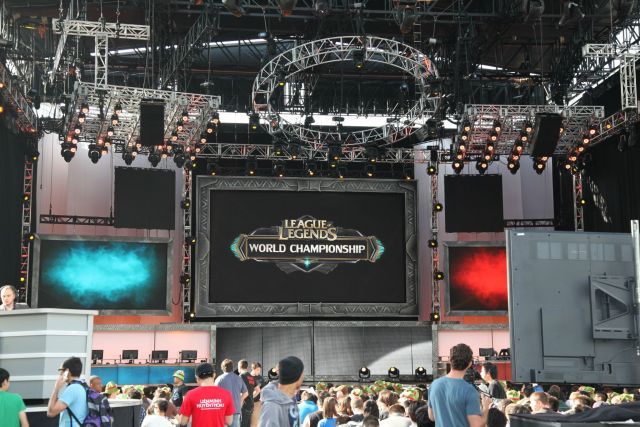 Millions of people around the world now play Riot Games' hit free-to-play action-RTS game League of Legends. So many of them play that the game is the center of some huge pro competitions, with a lot of money at stake. This week, the official World Championships for League of Legends were being played in the LA Live complex in downtown Los Angeles.

Unfortunately, playing a game that requires an Internet connection has apparently become the Achilles's heel for this event. During the quarterfinal and semifinal matches that were held on Saturday, players in the matches were experiencing issues with connecting to League of Legends' official servers.

As a result, Riot Games had to halt the competition at LA Live. In a post on the game's official website, the company said:

After a series of connectivity issues at our LA Live venue, we've had to reschedule the final games of the Season 2 World Playoffs. We'll be completing the last game of the CLG EU and Team WE quarterfinal match and finishing out the Semifinal Matches in the near future from a new location with a secure Internet connection. The matches will be broadcast live, so stay tuned for scheduling information.

The post added its apologies for the issues to League of Legends fans. However, the company has yet to reveal what was causing the Internet issues at the LA Live location. Some fans speculated it might be due to denial of service attacks, but a Riot Games spokesperson told Kotaku,"We have no reason to believe there was any outside interference or foul play at this time."