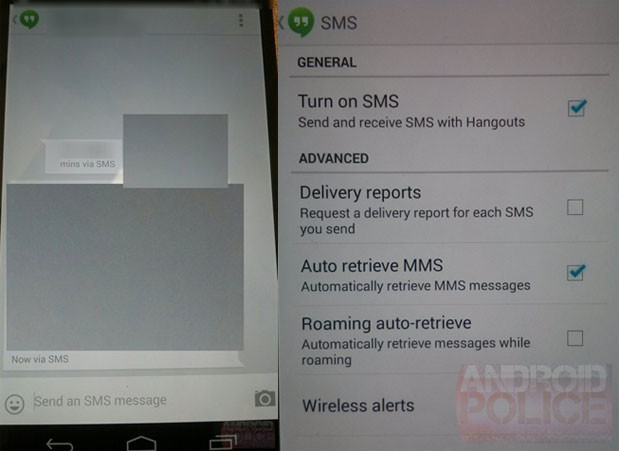 Google seems to be hard at work updating its Android operating system and some of the core apps found on it, including a notable overhaul of the Google Hangouts app.

Android Police got their hands on some screen grabs that clearly show the updated version of Google’s communication platform. The new Hangouts now offers optional SMS integration similar to what customers get on iOS and Windows Phone. The company had promised back in spring that such a feature would make its way onto Android handsets and now they're finally delivering.

The images show that text is differentiated by delivery method, whether it’s a simple IM or a text received via your carrier. Of course users also have the option of disabling this new feature if they prefer to keep their conversations separate.

What’s not clear yet, is whether this new version of the app will launch alongside the highly anticipated Nexus 5 or whether it’s a feature reserved for KitKat, the next version of Android. Despite this, we know this addition will make a lot of Hangouts users very happy.

Source and Image: Android Police | Thanks V-Tech for the tip!i