On October 6, Microsoft will host an event in New York City, at which it will unveil its new Band 2 wearable device, Surface Pro 4 tablet, and its new Lumia flagship phones running Windows 10 Mobile. Now, leaked slides appear to confirm pretty much everything that we've heard about the two new handsets in recent weeks. 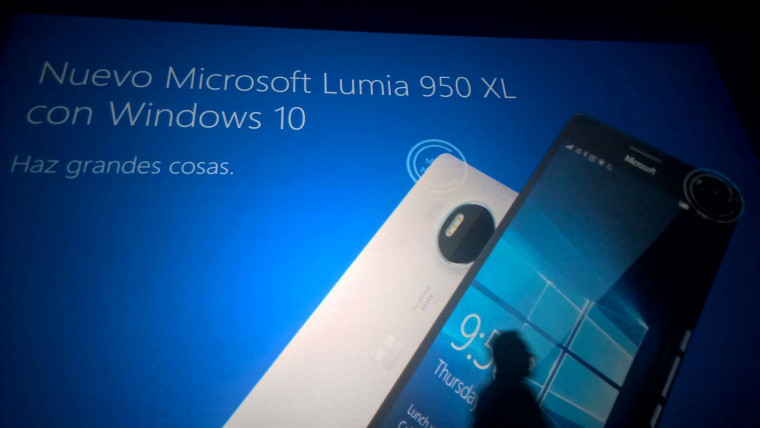 As Windows Studio reports, Microsoft Mexico held an event for its staff this week, at which it showed a series of slides, detailing its upcoming handsets.

The slides appear to be authentic, and if they are, then they confirm much of what's previously been rumored. The range-topping Lumia 950 XL will feature a 5.7-inch Quad HD display, octa-core Snapdragon 810 processor, 20MP PureView camera, 5MP front-facing camera, 3GB RAM and 32GB storage, along with a 3300mAh battery. 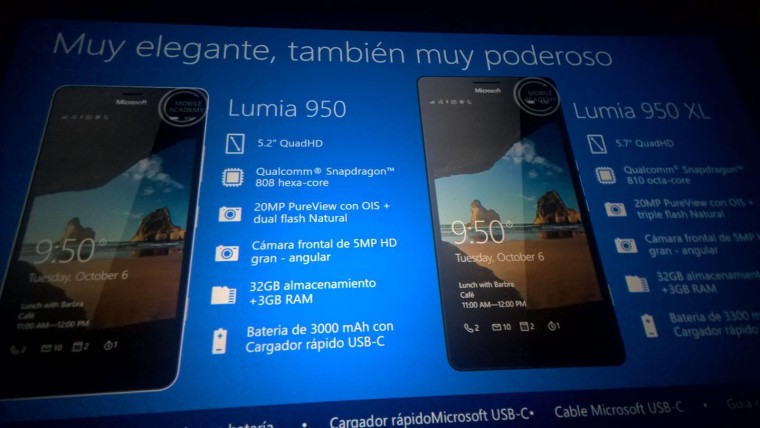 The smaller Lumia 950 will share similar specs, but with a 5.2-inch display, hexa-core Snapdragon 808 processor and 3000mAh battery. 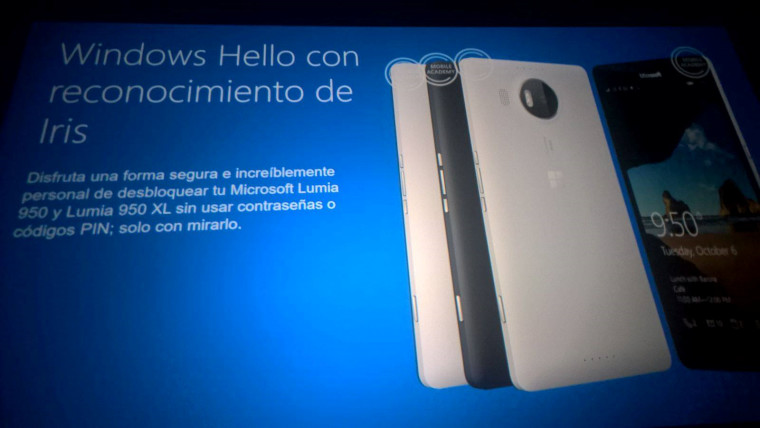 Another slide confirms that both handsets will include Windows Hello support for password-free biometric sign-in.

Significantly, the slides also include details of the new 'Microsoft Display Dock', which will enable support for the 'Phone Continuum' feature in Windows 10 Mobile. Phone Continuum allows a user to connect a keyboard and mouse to the handset, and then connect the handset to a display - effectively turning the phone into a mini-Windows 10 PC, complete with desktop-style user interface. 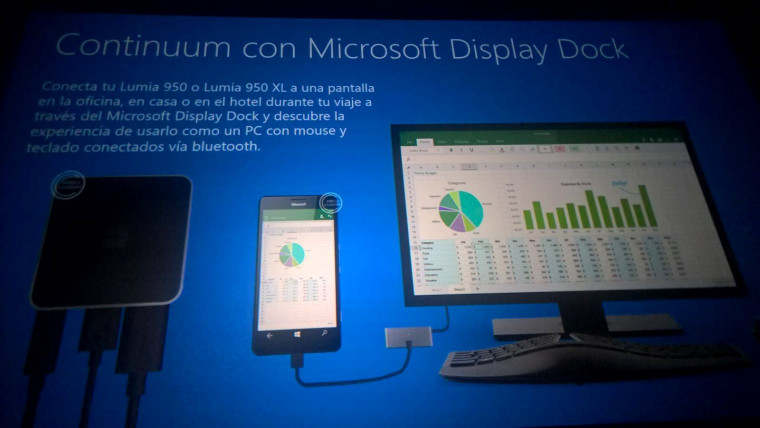 The blurb for the Display Dock in the slide above reads (roughly translated):

Connect your Lumia 950 or Lumia 950 XL to a screen in the office, at home or in your hotel while on your travels, through the Microsoft Display Dock, and discover a PC-like user experience with mouse and keyboard, connected via Bluetooth.

According to the report, these materials are being used by Microsoft to train staff in Mexico - and presumably in other markets - to prepare for the launch of these devices in the weeks ahead. Precisely when these devices will be available to buy -and how much they will cost - remains to be seen, but with less than two weeks until their announcement, we won't have to wait long to find out.

Source: Windows Studio | Thanks for the tip, @IvoFajardo!