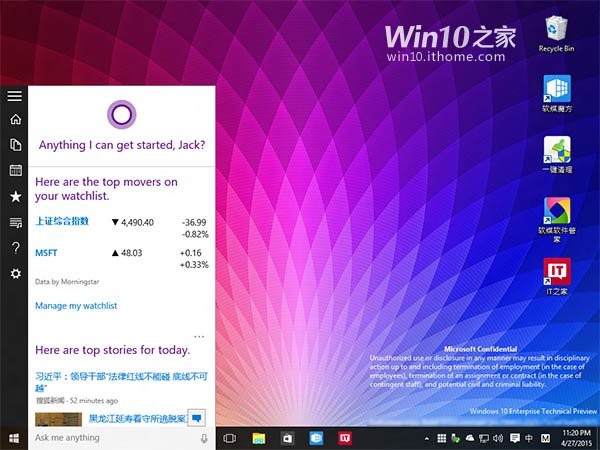 Screenshots have leaked from build 10102 of Windows 10 that show a tighter integration of Cortana and the task bar, as well as a new 3D effect for Live Tiles. 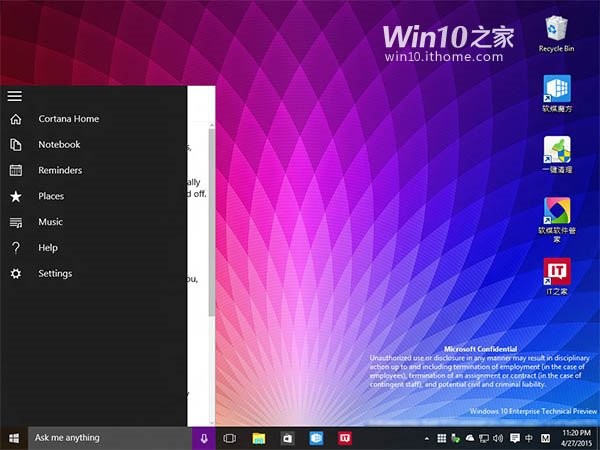 The small screenshots show a column of different Cortana settings that can be accessed on the left side using the Hamburger button, which then appear in the main window. 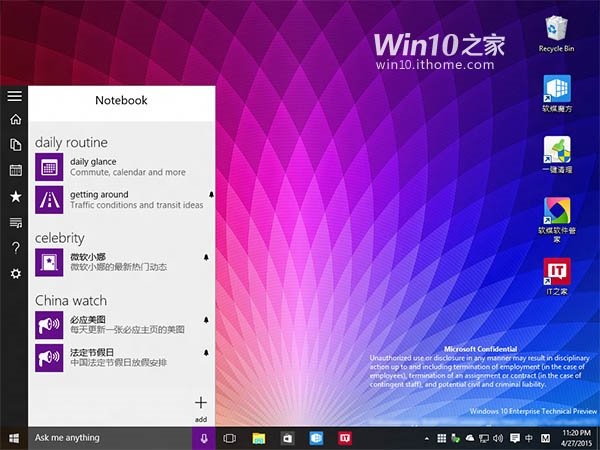 Although Cortana itself doesn't appear to look much different from the latest 10061 build, it does look like it is all coming together as a one-stop, find-all solution for Windows 10. 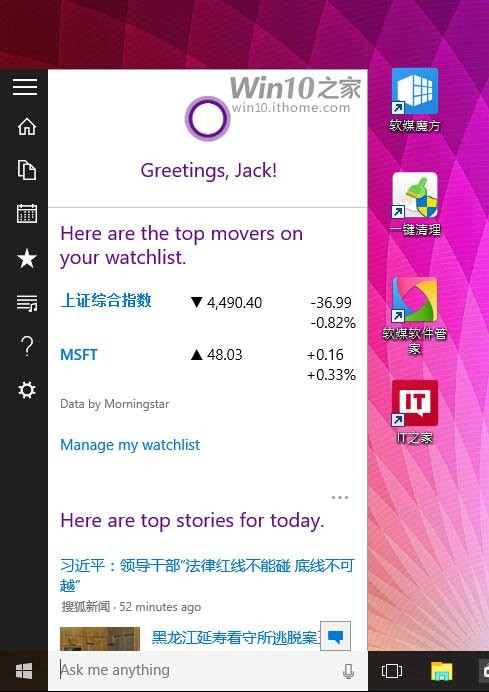 And finally there is a new effect for updating Live Tiles, which can be seen below. Rather than flipping up to show updated info on the tile, it now flips over with a 3D effect.

Not much else is known about the build at this point, but it is interesting to see where it is all heading as we get closer to RTM.