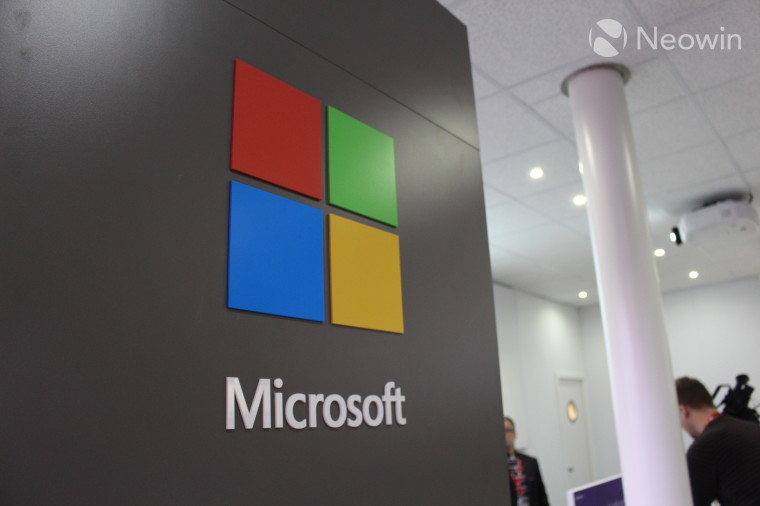 Microsoft’s shares have rallied despite a mixed financial quarter for the company and continued uncertainty in some of its key businesses.

Late last week, Microsoft announced its financial results for the company’s third fiscal quarter (the first quarter of the calendar year) and although the results beat analysts’ predictions, they weren’t overwhelmingly positive.

While year over year performance was generally positive, with revenue growing by 6%, and gross margins up by 1%, looking at recent quarters sequentially Microsoft has seen some sharp declines. Compared to the second quarter of its fiscal year, nearly all metrics are down including earnings per share, operating income and so on.

Taking a more granular look, we see a number of Microsoft’s businesses showing some steep declines compared to the previous quarter, including the Surface division which went from over a billion dollars in revenue to around $750 million last quarter, the Xbox division which saw faltering sales and margins and the handset division which also followed the same trend. Not only that but Windows continues to be an ailing division and even Office is down, though that’s partially blamed on the currency fluctuations. 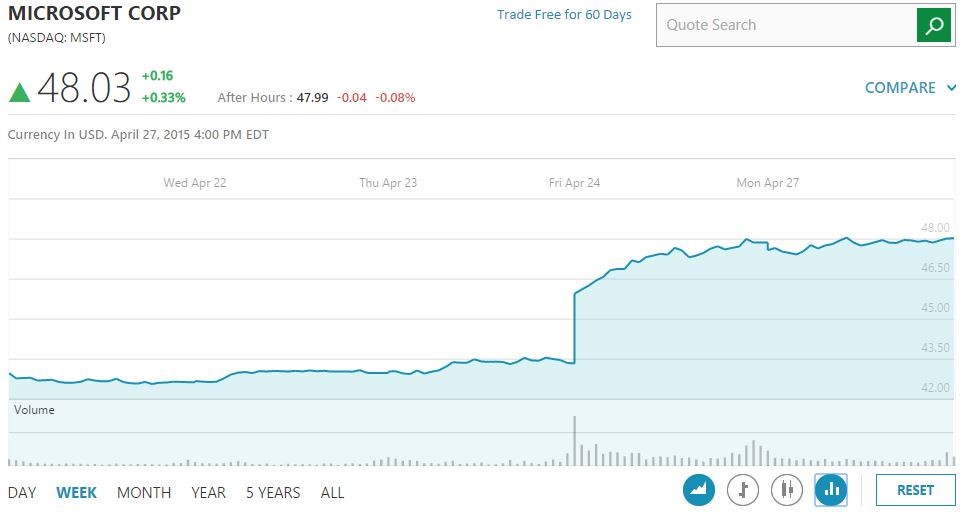 And yet Microsoft’s stock has rallied more than 10% since the report was published and the gains seem to be holding, even after the company warned of possible future write-offs. So what’s behind this new found investor enthusiasm for the company? The cloud mostly.

While Microsoft’s old cashcows, Windows and Office, continue to slowly decline in both importance and revenue, the company’s newer, future-facing divisions seems to be doing well. This managed to push the company earnings per share above what analysts predicted making for a surprise in the market.

Office 365 subscriptions seem to have had a phenomenal quarter with 35% growth over the previous quarter. That means there are now just shy of 12.5 million consumer subscriptions out there and the division continues its robust growth trend.

And yet that’s nothing compared to the over 100% growth rate Microsoft saw in its commercial cloud revenue powered by Azure, Dynamics CRM and commercial Office 365 subscriptions. Search advertising also grew by 21% compared to last year and Bing is continuing to slowly gain market share. Finally, server products and services also grew by 12 percent.

All of these divisions are future-facing and integral parts of the company’s ‘cloud first; mobile first’ strategy and the more they grow, the less Microsoft is reliant on Windows. And that’s a very important step as the previous quarter’s strong results were quickly dampened when the company lost 10% of its value in a single day after weak Windows licensing.