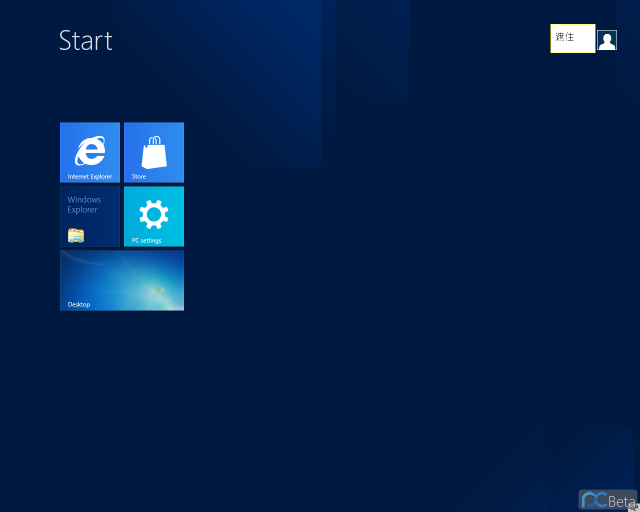 Another week, another Windows 8 leak. This time it's the turn of PCBeta, who have revealed four new screenshots from a developer build. The version shown is build 8172.

The screenshots show off the new PC settings page, with links to customise notifications, searches and device access. The lock screen is also easily customisable from here, with apps able to run in the background and pop up notifications even when the device is locked. The settings screen carries on the Metro style that has been slowly making its way through Microsoft's product line.

Two more screenshots show off the Windows 8 desktop with Explorer running. Microsoft has made it clear that the desktop will be accessible from the Metro screen, and Microsoft look like they're still continuing with the ribbon theme that debuted in Office 2007. The ribbon can be expanded and hidden as the user wishes.

The final screenshot is a sparse-looking start page with only a few icons present. It's easy to see how the start screen will vary in appearance depending on the computer, with apps and tiles populating the screen as the user adds more.

Thanks again to FaiKee, he has pointed out that these shots have been dismissed by Canouna of MDL, who is on a different source channel but PCBeta have been right in the past.

Update: We cannot confirm these shots are real, if anything it's some eye candy for what's to come, these are reportedly from the OEM channel. So make of it what you will :)

Update 2: This may explain the odd build number:

Update 3: Added some more screenshots to the gallery, as posted here by PCBeta.

See below for a gallery of the screenshots.