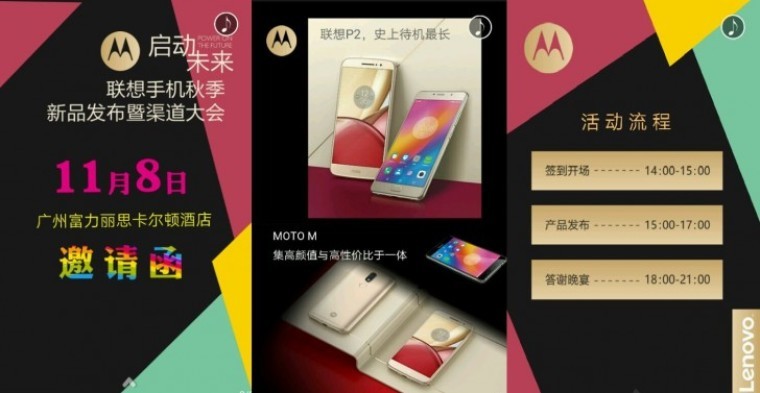 Newly leaked Lenovo promotional material has shed some light on the company's upcoming smartphones. It seems that the company is planning to introduce yet another smartphone under the Moto brand, allegedly called the Moto M, on the 8th of November. The device may also be accompanied by the Lenovo P2, which was announced at IFA 2016.

There isn't much known about the Moto M, but the device is rumoured to pack specifications similar to the Lenovo P2 with few differences such as an LCD panel, a 16-megapixel rear camera and an 8-megapixel front camera. The device will have a metal build and a new design language, as visible from the leaked image.

If the leaked press schedule is to be believed, we will know more about the pricing and availability of the devices next week.