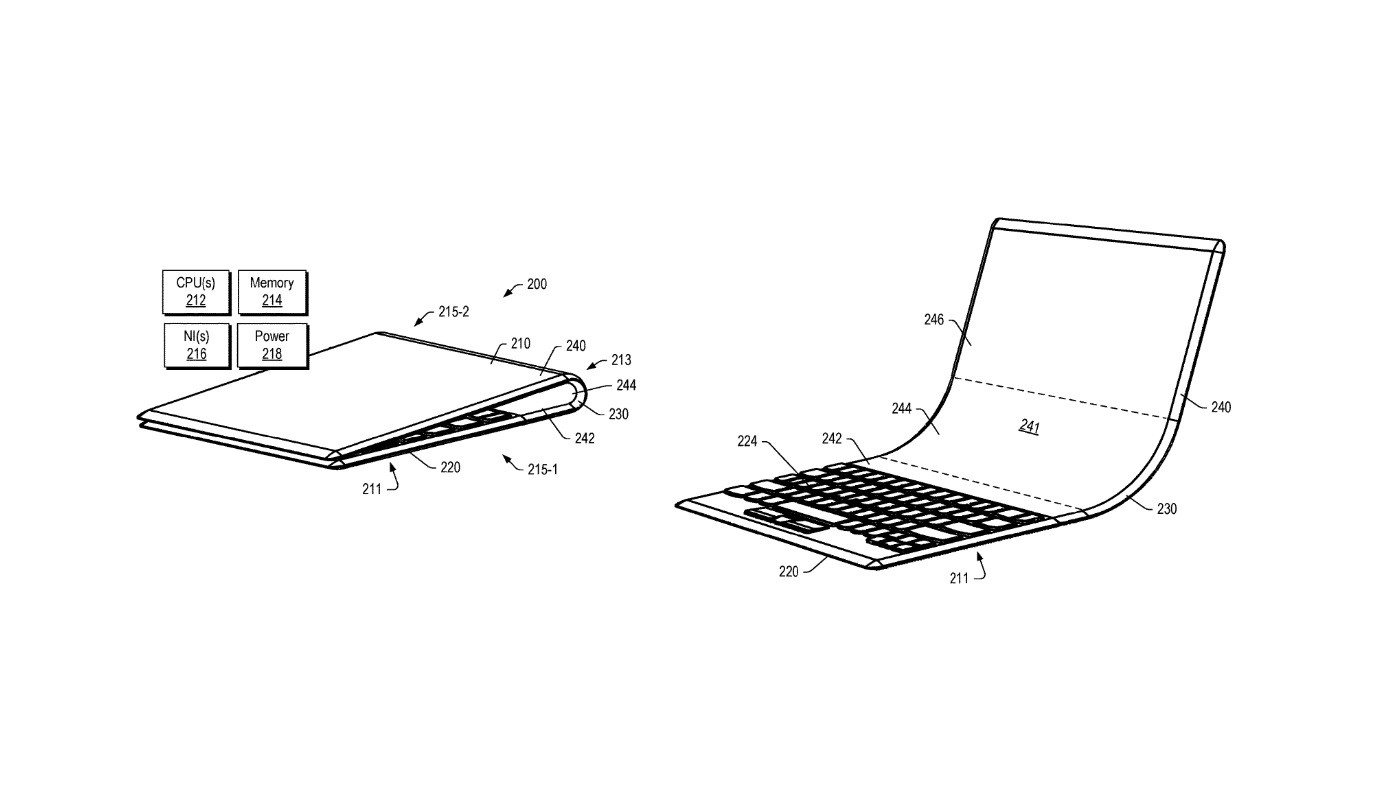 Devices with foldable displays are beginning to surface from companies such as Royole, who is showing off its FlexPai at CES 2019. Samsung also reportedly showed its own foldable device behind closed doors at the event, and many others have been spotted in patents and rumors over the past few months.

What all these devices have in common, however, is that they're a middle ground between a phone and a tablet, and the form factor is relatively small. Now, a recently-granted patent by Lenovo shows that the Chinese manufacturer wants to bring the technology to laptops.

Spotted by Windows Latest, the patent describes a device that looks like a typical convertible laptop, with a physical keyboard on the base and a display on the second half of the casing. However, instead of being connected by a traditional hinge, the two halves are connected by a second, foldable display panel that transitions from one half to the other and allows the device to be folded and opened as needed.

The fold would be similar to that of Microsoft's Surface Book in that it wouldn't be completely flat when folded. Instead, it would create a gap between the two halves of the laptop, which Lenovo says would provide a better grip to hold the device with one hand.

Additionally, the patent shows a few potential uses for the foldable portion of the screen, which include displaying weather information, notifications, battery and network indications, and quick actions for certain situations. These include the ability to reply, forward, or delete a message, for example.

Lenovo has been rumored to be working on a foldable device similar to Microsoft's Andromeda, but this patent points to a significantly different take on the concept. It should go without saying that patents don't necessarily guarantee that such a device will be released anytime soon, if ever, so we'll need to wait for an official announcement to know for sure.