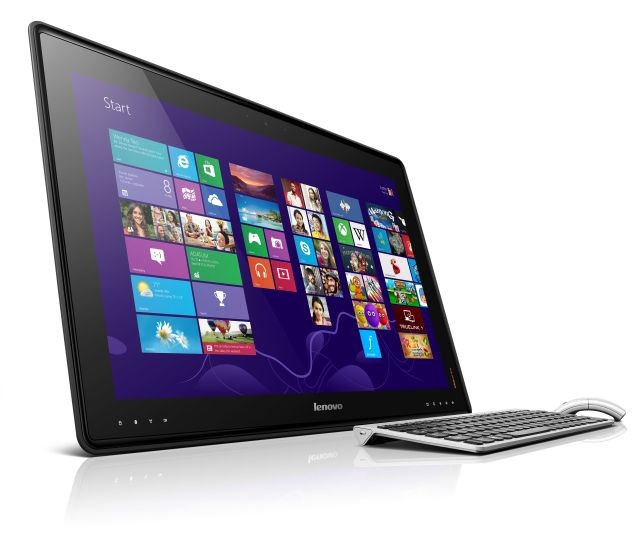 Lenovo is starting up CES 2013 with a very big announcement, and we do mean big. The PC maker just announced plans to release the IdeaCentre Horizon Table PC, a massive 17.8 pound, 27-inch all-in-one Windows 8 PC that can also be laid flat on any surface. 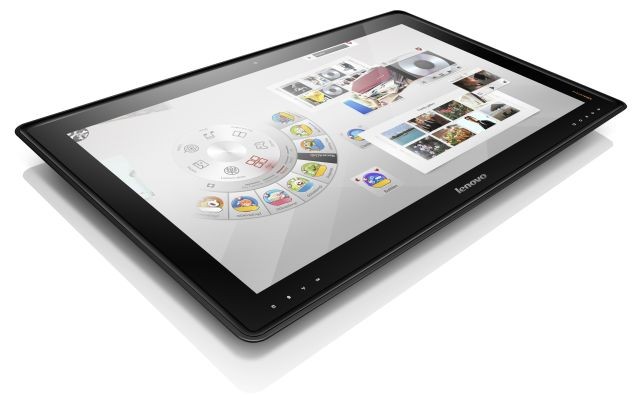 While the PC does have a kickstand that allows it to be placed on a table or desk and used like any other AIO PC, Lenovo has created the IdeaCentre Horizon Table PC with extra features for use when it is placed flat like a really big tablet. Lenovo estimates the battery life in this mode is about two hours. When placed flat, it also automatically turns on a special UI, Lenovo Aura, designed specifically for use in that mode.

Lenovo is even including a set of unique add-ons with the PC:

It comes with a special set of accessories including an e-dice and four joysticks and strikers to offer a completely new digital gaming experience that combines the physical gaming accessory with the on-screen action. For the player, the action is part physical, part digital - an activity that Lenovo refers to as "phygital."

Yes, they did say "phygital". We suspect that will be the new Internet meme of the year. 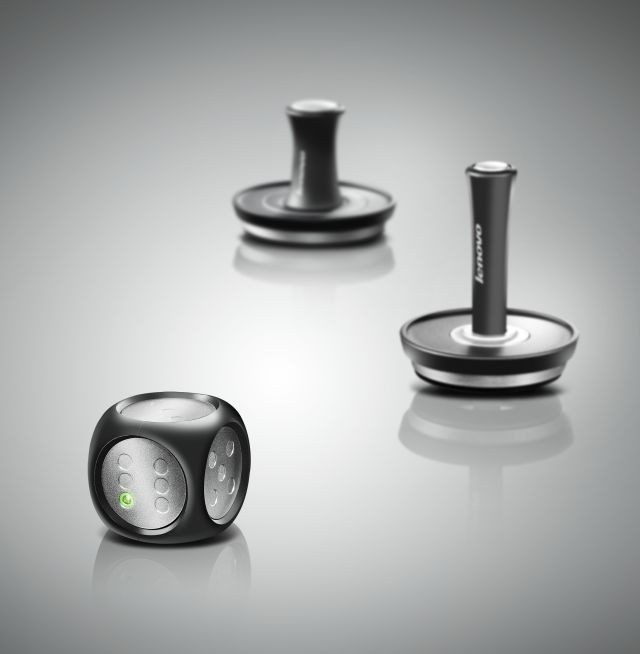 In any case, the Lenovo IdeaCentre Horizon Table PC will also come with its own app download store where people can access new games and apps, including mobile apps that will run on the BlueStacks emulator. In terms of hardware, the PC will support up to Intel's Core i7 processor and will have a NVIDIA GeForce GT 620M graphics chip inside with 1 GB of RAM.

The PC will also support up to 8 GB of memory and up to 1 TB of hard drive storage, with an option to add a 64 GB SSD. The screen itself supports up to 1920x1080 resolution. Other features include a integrated webcam and a 6-in-1 card reader. It will be released sometime this summer with a starting price of $1,699.

Oh, one more thing. Lenovo says that it is also testing a similar all-in-one PC that can be laid flat but has a display of 39 inches! This product, which has the code name "Gamma", does not have a release date but Lenovo says it "is indicative of Lenovo's future direction in Table PC computing."