Let's Encrypt, the project which wants to encrypt 100% of the web, has left its beta stage signifying that it's stable and ready for production use. Let's Encrypt also shared that founding sponsors Cisco and Akamai have renewed their Platinum sponsorships with 3-year commitments. Gemalto has joined as a Gold sponsor, and HP Enterprise, Fastly, Duda and ReliableSite.net have become Silver sponsors.

“We’re very proud to be a Gold Sponsor for Let’s Encrypt which leverages our industry-leading hardware security modules to protect their certificate authority system,” says Todd Moore, Vice President of Encryption Product Management at Gemalto. “Encryption by default is critical to privacy and security, and by working with Let’s Encrypt Gemalto is helping to deliver trust for the digital services that billions of people use every day.” 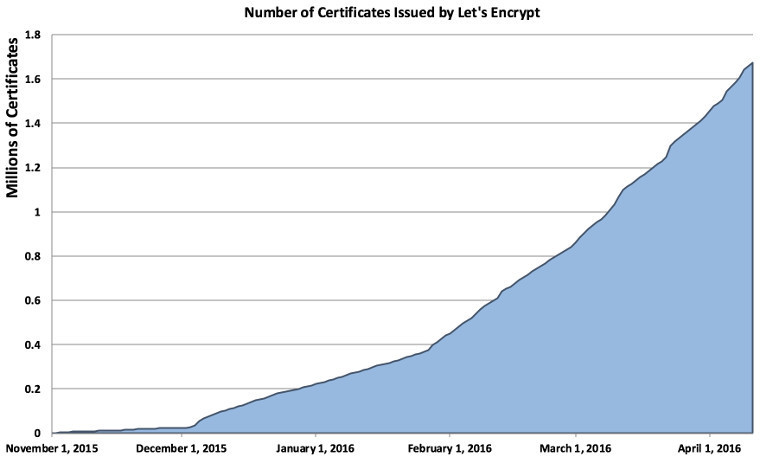 Let's Encrypt is still a way off from reaching its goal of all sites offering HTTPS, according to Mozilla, a sponsor of Let's Encrypt, just 40% of page views and ~65% of transactions used HTTPS. Let's Encrypt has a couple of well-known sponsors, including Mozilla, Cisco, the Electronic Frontier Foundation, Chrome, and Facebook.