There have been numerous reports of the LG G5 being launched with a new metal design, including a ‘Magic Slot’ used for expansion and access to the removable battery. We’ve seen some second-hand renders of how this would work, but now there’s a photo that might give us more of an idea about how LG plans to utilize this.

The photo above purports to show the new LG G5 wrapped in an add-on accessory which is reportedly dubbed the LG Cam Plus. Similarly to the Lumia 1020 Camera Grip, this add-on is meant to make give the device the ergonomics of an SLR, but also add some functionality to the package. Besides a shutter release button, it is said to also include hardware zoom and flash toggle buttons, as well as an extra 1100mAh of battery power.

It doesn’t end there, as LG is said to be working on an entire ecosystem of accessories for this device. Besides the smart cover that was announced last week, there’s talk of an LG Hi-Fi Plus which was created in tandem with Bang and Olufsen to provide a high-quality audio experience. We also hear of an LG 360 Cam which allows the user to capture 360º photos and video, playable on an upcoming VR headset dubbed LG 360 VR. 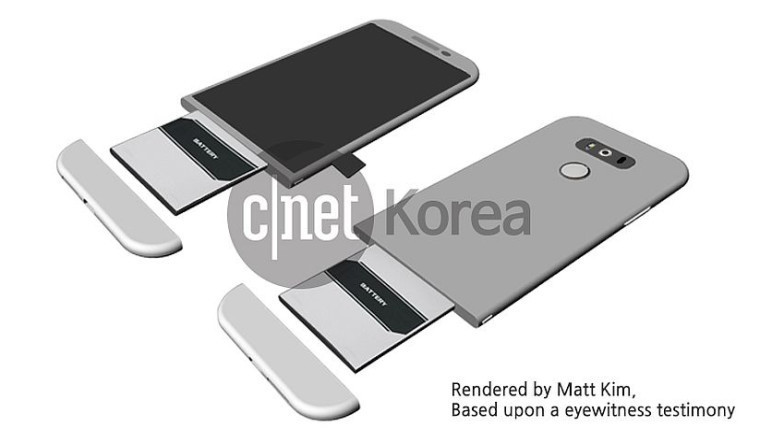 The info comes through courtesy of Even Blass, who has a pretty good track record when it comes to leaks. According to his source, the phone and various plug-ins and accessories will be unveiled at Mobile World Congress as “G5 and Friends”. In any case, we have just a few days before LG unveils its next flagship (and all that comes with it) to the world at MWC 2016.