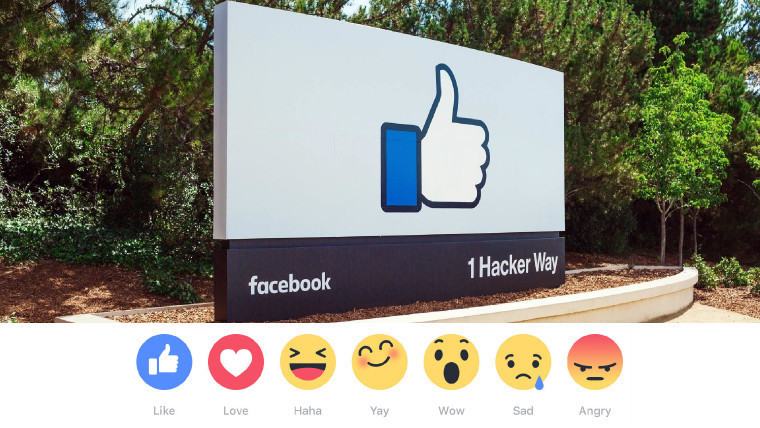 Facebook users have, for years, lamented their lack of options when interacting with the mountains of posts generated on the social network. Having only the option to 'like' others' musings often proliferated users' experiences with bouts of awkwardness, as many found themselves 'liking' the news of a loved one's death or some other appalling tragedy.

Finally, though, you'll soon have the option to do more than just 'like' things - six times as much, in fact.

While the company has, despite the exhortations of many a user, refused to add a 'dislike' button, it did promise to find other ways of making the 'Like' button more expressive, and began testing some options a few months ago. The fruits of that endeavour are five more ways of letting the virtual world know how you feel: 'love', 'haha', 'wow', 'sad' and 'angry'.

Users (on mobile devices) will be able to access these by long-pressing the like button, which will open a new popup with the so-called 'Reactions', each of which is accompanied by its own icon. Testing of the feature began among some users in Spain and Ireland last year, but it seems the time has almost come to make it more widely available (although it appears that the 'yay' option available in testing has since been dropped from Facebook's plans).

The company will begin rolling out the expanded array of emotions to users across the United States within a few weeks - others, presumably, will follow soon after.

Source: Bloomberg via: The Verge