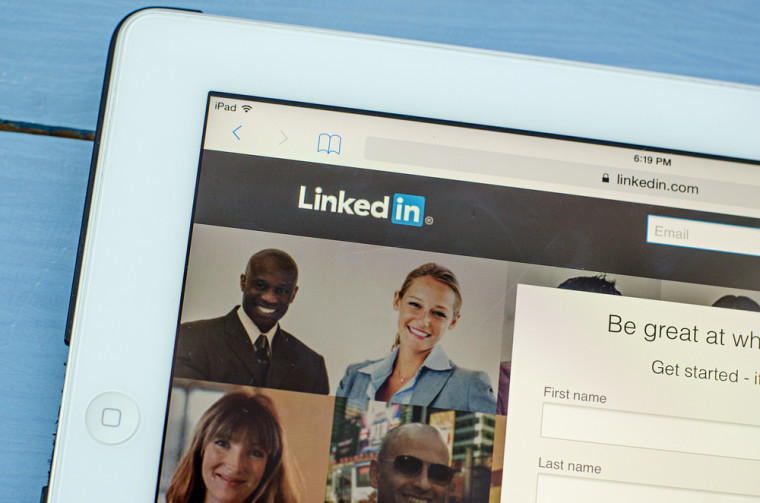 LinkedIn is currently in a world of hurt after its stock fell through the floor in after-hours trading. The company just lost approximately $8.3 billion in market capitalization after its latest earnings report.

After markets closed on Thursday, LinkedIn the social network dedicated to connecting professionals with employers, reported its fourth quarter earnings. These came in above analysts’ expectations with the company bringing in $862 million in revenue, equaling 94 cents per share in adjusted earnings (non-GAAP). That’s a significant year over year growth of 34%. The company also touted its 100 million unique visitors per month, 58% of which are using mobile devices to connect to the service. Jeff Weiner, CEO, also had positive remarks:

Q4 was a strong quarter for LinkedIn, bringing to a close a successful year of growth and innovation against our long-term roadmap. We enter 2016 with increased focus on core initiatives that will drive leverage across our portfolio of products. 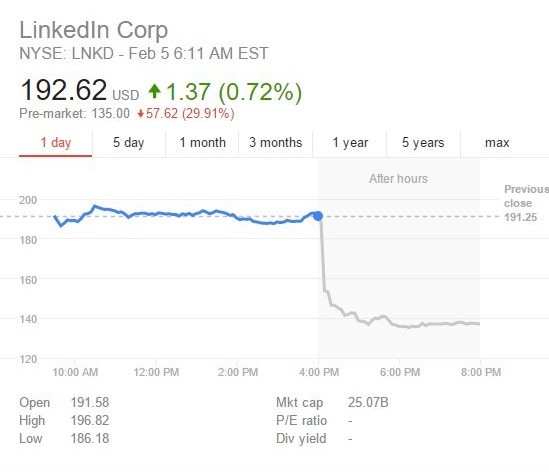 But despite all of this seemingly good news, investors are panicking based on a somewhat bleak outlook for upcoming quarters, and declining growth. According to the company’s guidance, LinkedIn is expected to bring in around $820 million in its first quarter of 2016.

Investors quickly took action and the company is currently down 30% in after-hours trading, with shares losing almost $60 of value. The stock seems to have stabilized now, though that might be of little consolation to the company, as LinkedIn was already 15% down this year.