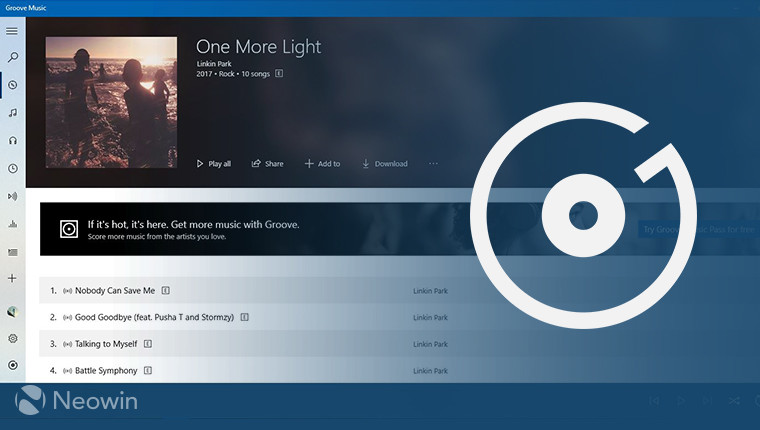 Fans of American rock band LinkedIn Linkin Park can rejoice, as they are now able to listen to the group's latest album via Microsoft's music subscription service.

One More Light is Linkin Park's seventh studio album, and just launched today. It features ten tracks, two of which are collaborations with Kiiara as well as Pusha T and Stormzy, respectively.

To coincide with the release of the album, the members of the band have also put together a curated playlist with songs that have inspired the the creation of One More Light.

New users of Groove Music in Canada, the US, and UK will be able to take advantage of a 30-day free trial. Upon claiming this offer, they will be given a token - one per person, valid to be claimed until August 15, 2017 - which will extend the free trial for an additional three months. The offer described is valid until 12 AM GMT on July 1, 2017.