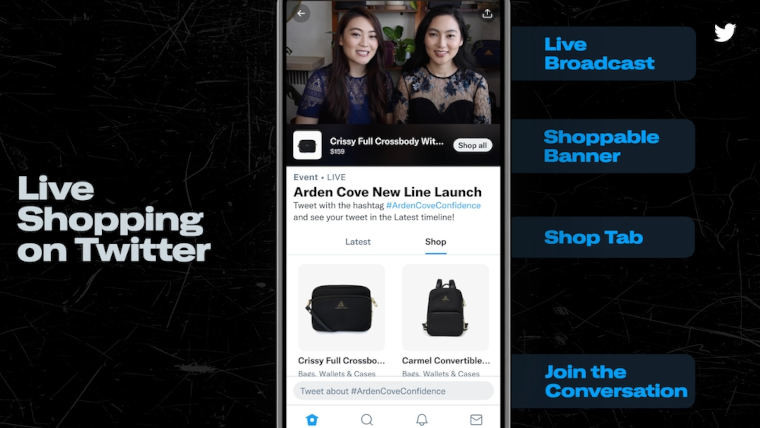 Twitter has announced that it will be launching Live Shopping on Twitter later this week. The new service will allow businesses to host live events with tabs that contain items that customers can purchase seamlessly. To increase buzz around the service’s launch, Walmart and Jason Derulo will be holding a 30-minute event from 7 p.m. ET on Sunday, November 28.

The event on Sunday will be held as a variety show where Derulo will show off electronics, home goods, apparel, season décor, available through Walmart during Cyber Week. Derulo will also be joined by special guests to make the show more interesting.

“Twitter continues to be an important platform for Walmart’s business and our customers. We’ve been focused on charting new territory in shoppable livestreams and are excited to celebrate an important milestone together with the first Livestream Shopping event on Twitter. We’re meeting customers where they are and making it easier to shop incredible deals and find inspiration through dynamic, interactive experiences. We look forward to continuing to bring engaging experiences to our customers that allow them to shop seamlessly while also being entertained.”

Twitter said that it’s also working on two other features pertaining to shopping on its platform that are due to arrive in the future. First, it said that it will be giving more merchants in the United States access to the Shop Module which launched earlier this year; the expansion is due in the coming weeks. Second, Twitter says it will start testing a new way to house merchant onboard and product catalogue management tools via the Twitter Shopping Manager. This will allow merchants to better control how they appear on the social network.