Fame is a fickle food, and this is especially true when it comes to the tech landscape. It's not surprising to see pieces of tech, whether it be hardware, software, or even companies being heralded as the next big thing, only to be forgotten in a relatively short amount of time.

In this piece, we will take a look at a specific niche with the respect to the above, and that is the world of Android games. Over the past few years, we have seen tons of titles which were being played by millions around the globe but now do not command a strong user base. Before we begin, it is important to remember that this is by no means an exhaustive list and neither is it in any particular order. Popularity of games differ region to region and it's possible that even though you may have heard of most of these games in the past decade or so, they might not be big names in your circle. With that out of the way, let's begin!

This 2010 blockbuster from Rovio Entertainment was all the rage back in the day. The title had a simple and silly premise: launch the titular Angry Birds at pigs who have stolen your eggs and are now hiding in destructible structures. Coupled with an addictive theme song, there was a weird satisfaction in killing pigs with birds - many of which had special powers - and it offered great replay value.

With over 100 million installs on Android alone, Angry Birds was popular among all age groups. Seeing its popularity, Rovio was able to partner with various franchises such as Star Wars, Rio, and Transformers, among others and release various sequels and spinoffs. None reached the heights of the original but managed to find their dedicated audiences nonetheless. Unfortunately, Angry Birds as well as most of its spinoffs are not available to download any more because Rovio has decided to shift focus to its newer titles.

Even though I have coupled these two titles together because they are extremely similar in premise, this should not diminish their respective popularity. Both these games are endless runners, which simply mean that you control a character that's running on an endless path and you have to swipe to dodge obstacles and change directions while picking up power-ups and coins along the way.

While Temple Run had you being chased by demonic monkeys in a temple in a jungle, Subway Surfers had you on the run from an inspector who has seen you spray graffiti on a trains on the subway. Even though the two games were extremely similar, both enjoyed immense popularity at their peak, and it was not surprising to see both installed on someone's Android device. The two games are still updated from time to time with new content and bug fixes. 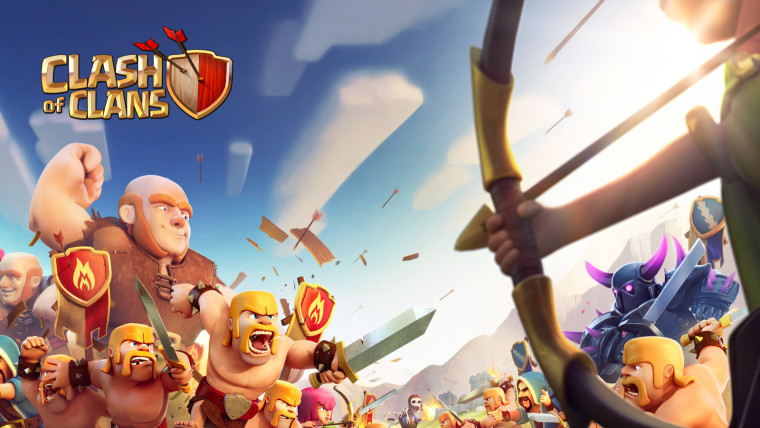 This freemium strategy game landed on Android back in 2013, tasking players with building up their clans, attacking other players to loot their resources, and defending against attacks your their own bases. Clash of Clans was extremely popular among players who liked city-building games due to the diverse content it offered, coupled with its focus on playing with your friends. The title received its latest update just this month and is still available on Google Play with a smaller, but dedicated, player base.

Back in the early 2010s, Gameloft was commanding the wave of "console quality" games on smartphones with games like Six Guns, Modern Combat, Real Football. But perhaps nothing from its portfolio stood out more than Asphalt 8: Airborne. This arcade racer offered amazing graphics for the time, addictive gameplay, fun race tracks, a huge roster of cars, and a respectable playlist. It also featured seasonal content to keep the game fresh and keep pulling in players back for more. Up until 2015, it was almost impossible to find someone who hadn't given the game a go at least once.

While the Asphalt series has several other spinoffs and sequels, none have been able to match Asphalt 8: Airborne in popularity. The title is still updated with new content from time to time. 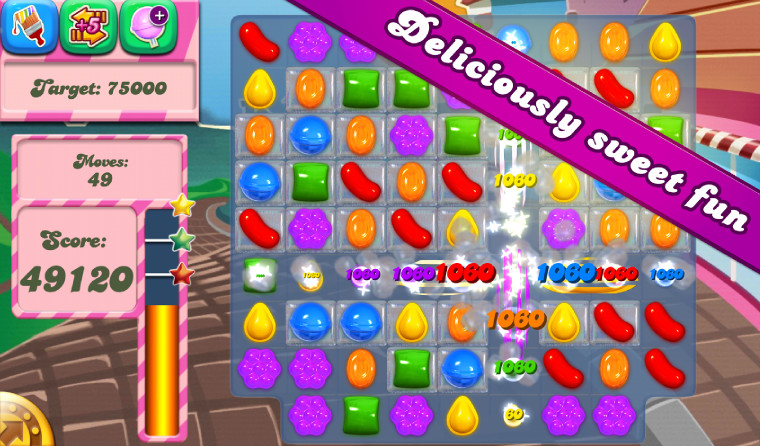 Love it or hate it, there's no denying that Candy Crush Saga was a huge hit on Android. While there are people who hate the game primarily because of the pesky Facebook notifications they kept receiving from their friends, the freemium title raked in truckloads of money via in-app purchases for its developers, publishers and any platform who hosted it.

While it didn't bring anything new to the match-3 genre, it was successful in reeling in millions of players due to its colorful visuals, fantastic sound design, and thousands upon thousands of levels. It's impossible to not have heard of the game in the past decade, unless you've been living under a rock. It's still updated with new levels to this day, and people just can't seem to get enough of it.

Originally planned to be released as Lawn of the Dead, this PopCap-developed game was released under the Plants vs. Zombies moniker on PC platforms back in 2009. It was later ported to consoles and smartphone devices, with the release on the latter platform published by Electronic Arts.

The premise of this game was quite silly. Waves of zombies are heading towards your home via your front lawn, and it is your job to "catch" sunlight and grow plants that will launch different attacks to kill the undead. Due to the range of plants that you could grow, different gameplay strategies that you could try out, various game modes, and an impressive variety of zombies, this title packed great replay value. A few sequels of the game have come out in the past few years but the original can still be downloaded from Google Play. 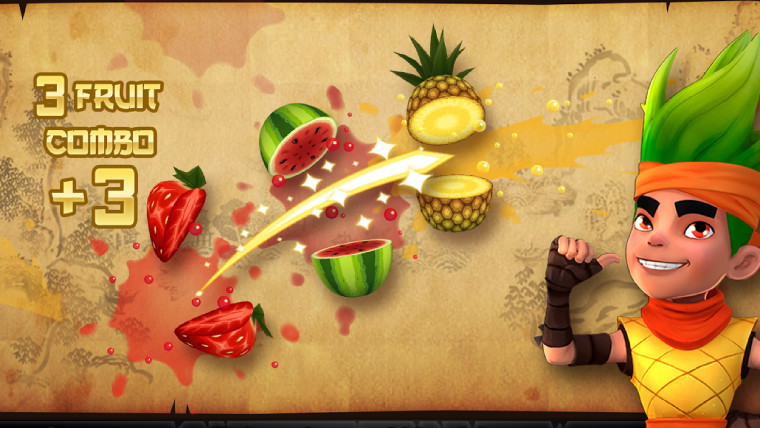 Perhaps the most simple title in terms of gameplay in this list. The concept of Fruit Ninja was quite straightforward: Swipe your finger across the fruit flying across your screen to slice it. Depending upon the game mode you were engaged in, there were various objectives you had to achieve within the given time limit.

Despite its simple premise, this 2010 game managed to garner hundreds of millions of users due to its addictive nature, and you can still find it on Google Play here.

Also from the developers of Fruit Ninja, this is yet another endless runner game of sorts. However, what sets it apart from the likes of Temple Runner and Subway Surfers is that it is a 2D sidescroller instead of a 3D game. You control the character of Barry Steakfries as he uses his jetpacks and other power-ups along the way to dodge various obstacles and reach the end of the science lab before the other scientists.

Despite stiff competition of seemingly visually superior endless runner, this 2012 game managed to hold its own and has nearly a billion players. It was updated on Google Play just a couple of days ago. 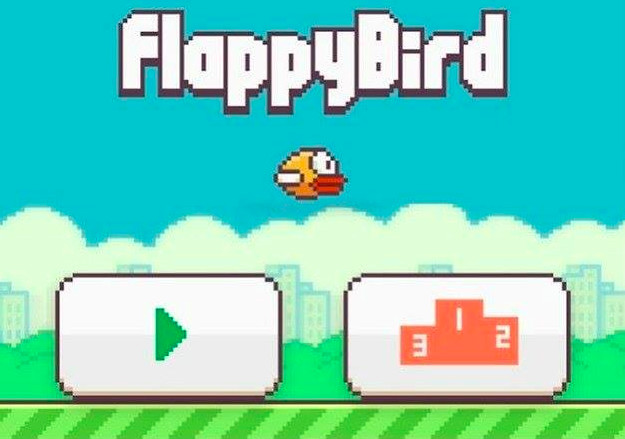 This is a bit of an odd one. Made by Vietnamese developer Dong Nguyen, this simple-on-paper game tasked you to tap on the screen to make a bird fly between Mario-like green pipes. If the bird even slightly touches a pipe, it's game over. With very simple 2D graphics, this game became notorious for its throw-your-phone-at-the-wall difficulty and was downloaded en masse several months after its release.

But that's not what's strange about it. What's weird is that despite its meteoric success and the title bringing in thousands of dollars to the developer, Nguyen decided to remove the game from storefronts in early 2014, claiming that he felt guilty for exposing the public to its addictive nature. Following its mysterious and abrupt removal, devices which already had the official game installed were soon up for sale for insane prices, and clones began to appear left and right. While Nguyen later released Flappy Bird Family on Amazon Fire TVs in August 2014, it was not able to re-capture the charm of the original.

We would like to know: What Android (or any smartphone OS, for that matter) game was popular in your circles back in the day? Let us know in the comments section below!