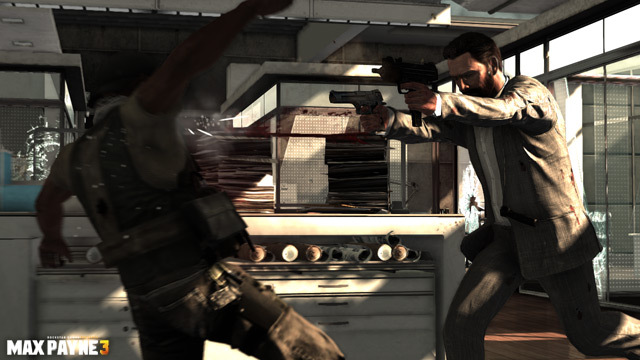 It's a game that's taken a bit longer to complete than first announced, but for people who have waited patiently for Max Payne 3, there is some light at the end of the tunnel. Take Two Interactive's Rockstar Games division announced today that the third person action game sequel will finally be released sometime in March 2012. The game is still slated to be released for the PC, Xbox 360 and PS3 platforms.

This game is the first in the series that will not be made by the franchise's original creators Remedy. Max Payne 3 was first announced by Rockstar Games in March 2009 for release in late 2009. However, the game's release got pushed back several times. At one point, Take Two Interactive didn't even have Max Payne 3 on its future game release schedule, causing some to speculate that the game might be canceled. Today's announcement also adds that Max Payne 3, to be jointly created by several of Rockstar Games' internal development teams, will have multiplayer support for the first time in the series' history.

The game itself features the "hero" of the first two series in a new setting as Max gets "a new life working private security protecting a wealthy industrialist and his family in Sao Paulo, Brazil." Naturally Max has to fight to prevent this family from being killed by gangs while also fighting off his own long running issues.

In related news, VG247.com reports that the original Max Payne game will be re-released for mobile game platforms. No platforms or other details were announced.