MediaTek has led developments on mobile parallel processing for quite some time now with the original release of their octa-core MT6595 SoC back in 2014. Lots of groups mocked the development, including Qualcomm, suggesting that more cores doesn't mean better performance. Eventually Qualcomm ate its words as it began to release its own octa-core chips. 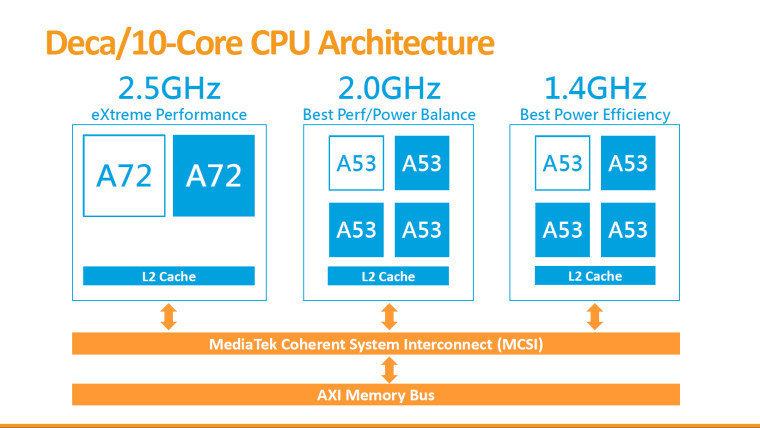 What makes multi-core chips like this useful in mobile devices is the fact that smartphones and tablets run on battery power and do not have a constant stream of energy they can exploit. This makes the balance between processing grunt and battery life an interesting tango for obvious reasons - both are desired features, but both feed on each other and boosting one means hurting the other.

Multiple-core configurations, especially those using the big.LITTLE design methodology, operate in a way such that the device can turn off all but one core when it doesn't need processing power - such as when your phone is locked and on standby. The individual core usually down-clocks itself to a very low amount. As the phone requires more computational strength, more cores can turn on, raise their clock speed and later lower their clock speed, or switch off again as they're no longer needed.

Check out our review of the Vernee Apollo Lite: a smartphone with MediaTek's Helio X20 SoC.