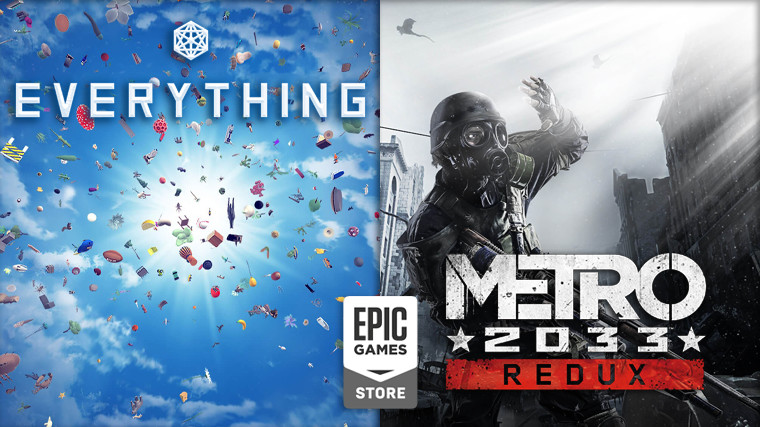 As the seven days of celebrations end for the Caped Crusader, Epic Games Store has put Everything and Metro 2033 Redux to claim for free this week.

Everything is a simulation title developed by David OReilly, whom some may remember as the developer behind Mountain. Everything gives players the ability to play as any object in a procedurally generated universe, with no objectives or scores to pursue. It also features narration by the late philosopher Alan Watts. Everything has received critical acclamation since its release; its 11-minute gameplay trailer, seen below, was also the first video game trailer to qualify for the Oscars. Here's how the Epic Games Store describes the title:

Everything is an epic, award-winning reality simulation game - where everything you see is a thing you can be, from animals to planets to galaxies and beyond. Travel between outer and inner space, and explore a vast, interconnected universe of things without enforced goals, scores, or tasks to complete. Everything is a procedural, AI-driven simulation of the systems of nature, seen from the points of view of everything in the Universe.

Narrated by the inspiring philosophy of Alan Watts, and featuring a rich score from composer Ben Lukas Boysen, Everything will give you a new perspective on life.

Metro 2033 Redux is a remastered version of Metro 2033, that was originally released in 2010. A first-person title set in the ruins of Moscow following a nuclear war, it's based on a novel of the same title by Dmitry Glukhovsky. Metro 2033 and its sequels are known for their focus on realism; ammo is limited and is also used as a currency, scavenging and rationing supplies is pretty much required, and players must wear gas marks to explore certain areas, that can also be damaged. Here's how the Epic Games Store describes it:

In 2013, the world was devastated by an apocalyptic event, annihilating almost all mankind and turning the earth’s surface into a poisonous wasteland. A handful of survivors took refuge in the depths of the Moscow underground, and human civilization entered a new Dark Age. The year is 2033. An entire generation has been born and raised underground, and their besieged Metro Station Cities struggle for survival, both with each other and the mutant horrors that await outside.

Epic Games Store is offering Everything and Metro 2033 Redux for Windows at no cost for players. It's worth noting, however, that both titles are also available for macOS and Linux via Steam where they are priced $14.99 and $19.99 at the time of writing, respectively. Here are the minimum requirements for the games:

If you wish to claim Everything or Metro 2033 Redux, you can find them here. They will be free to claim until October 3, which is when Epic will put on offer Minit for its next giveaway.